[Spoiler] "Father is Strange", the extreme life between two couples 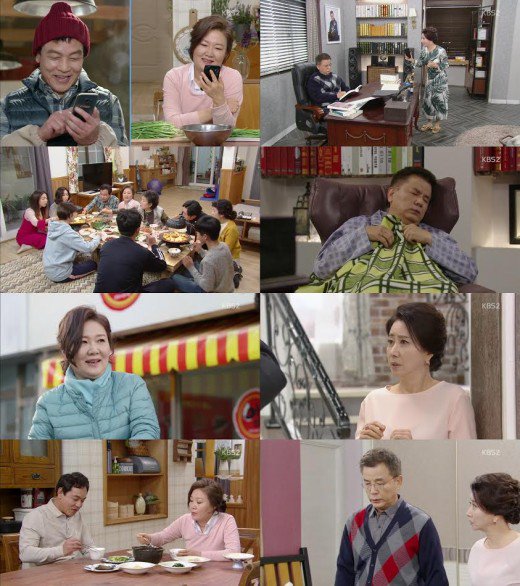 The Byeon Family, Byeon Han-soo (Kim Young-chul) and his wife Na Yeong-sil (Kim Hae-sook), are as peaceful and kind as can be.

On the latest episode, the Byeon Family had a meat party to celebrate the re-signing of Daddy's Snack House.

Byeon and Na then spent time sitting together while eating dinner.

On the other hand, Cha Jeong-hwan's (Ryu Soo-young) parents Cha Gyu-taek and Oh Bok-nyeo (Song Ok-sook) were quite different. Cha Gyu-taek takes care of their pet dog better than his wife and even takes pictures with the dog.

When Oh suggested they go on a trip together, he exploded on her and said he'll live for his own self. He announced that as people get older they do things on their own and he was also going to move into his study and sleep there.

"[Spoiler] "Father is Strange", the extreme life between two couples"
by HanCinema is licensed under a Creative Commons Attribution-Share Alike 3.0 Unported License.
Based on a work from this source