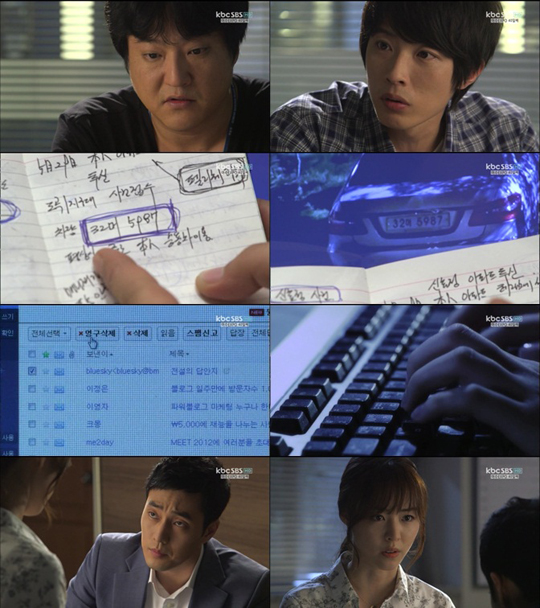 The quick spread out of the drama "Ghost - Drama" is hypnotizing viewers.

The seventh episode of SBS drama "Ghost - Drama" showed the mystery of the serial killer of Sungyeon High School and the death of CK Electronics representative.

Kang-mi (Lee Yeon-hee) returned to her mother school, Sungyeon High. There was a bit of a story from her past when she ignored the fact that her best friend was being bullied for the reason that she was always the best at school.

Behind the serial killings, there was a possibility of another criminal who practiced the Ghost story of the school and the various parts of the human body, existing separately.

Meanwhile, while Kang-mi and Ki-yeong's performance was outstanding, Kwon Hyeok-joo (Kwak Do-won) also started unrevealing all the whereabouts of those who were at a luxury pension on the day of the CK representative's murder.

It turned out that it wasn't the NO.12 pension but the NO.15 where the body was found and the cars belonging to Kim Woo-hyeon and Sin Hyo-jeong were there and new evidence was found.

"[Spoiler] "Ghost - Drama" quick spread out, two cases in an episode"
by HanCinema is licensed under a Creative Commons Attribution-Share Alike 3.0 Unported License.
Based on a work from this source