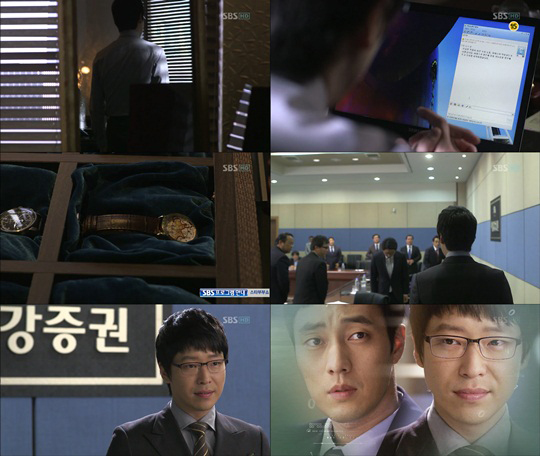 So Ji-sub and Uhm Ki-joon's intensity glued eyes to the TV.

On the episode of SBS drama "Ghost - Drama" on the 7th, Woo-hyeon (So Ji-sub) met phantom Jo Hyeon-min (Uhm Ki-joon) who was being pointed out as the one who was behind the Sin Hyo-jeong murder, for the first time.

The truth about the phantom even Yang Seung-jae knew about wasn't revealed despite the death. However, not long after, Woo-hyeon who took charge of a cyber threat case got to meet Hyeon-min who was the chairman of a stock company.

The viewers knew the man was Jo Hyeon-min from earlier images of the phantom that were shown from the side.

The background music "The Phantom of the Opera" and the fact that he was the chairman of a company that moved billions of won in a day showed that Woo-hyeon would be facing a very tough match and increased tensions.

Meanwhile, Yang Seung-jae, the culprit behind the commenter murder pointed out Choi Seung-yeon (Song Ha-yoon) as the final victim.

"[Spoiler] "Ghost - Drama" So Ji-sub and Uhm Ki-joon meet as rivals"
by HanCinema is licensed under a Creative Commons Attribution-Share Alike 3.0 Unported License.
Based on a work from this source