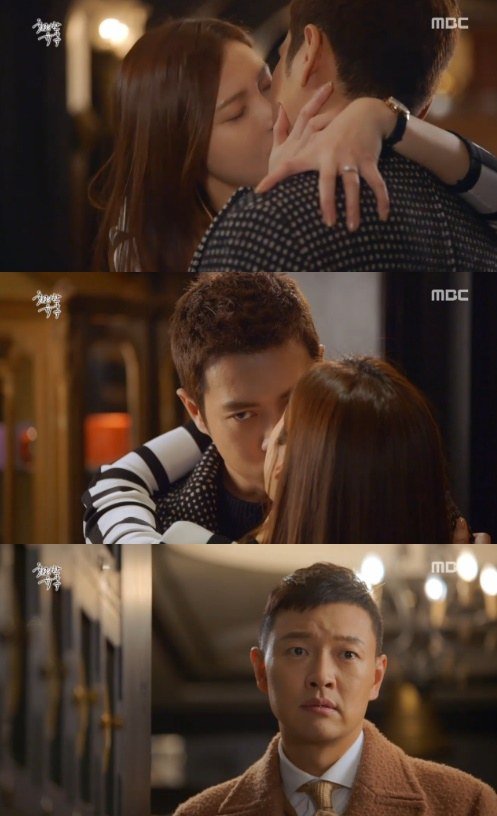 As Jin Hyeong-woo pretended he was about to fall down, Kang Il-joo came up to him. But he shook off her hands saying, "Don't touch me". And then he pushed her against a wall and kissed her.

Kang Il-joo said, "What's wrong with you. It's you who left me. When I was desperately trying to stop you, you didn't even give me a glance back. While it's you who chose Eun-soo, why are you acting like this to me". And then she slapped him on the face.

Kang Il-joo was swayed and walked up to Jin Hyeong-woo. The two kissed and Kwon Moo-hyeok (Kim Ho-jin) at this moment spotted the two kissing.

"[Spoiler] 'Glamorous Temptation' Cha Ye-ryun is tempted for Joo Sang-wook's seduction"
by HanCinema is licensed under a Creative Commons Attribution-Share Alike 3.0 Unported License.
Based on a work from this source