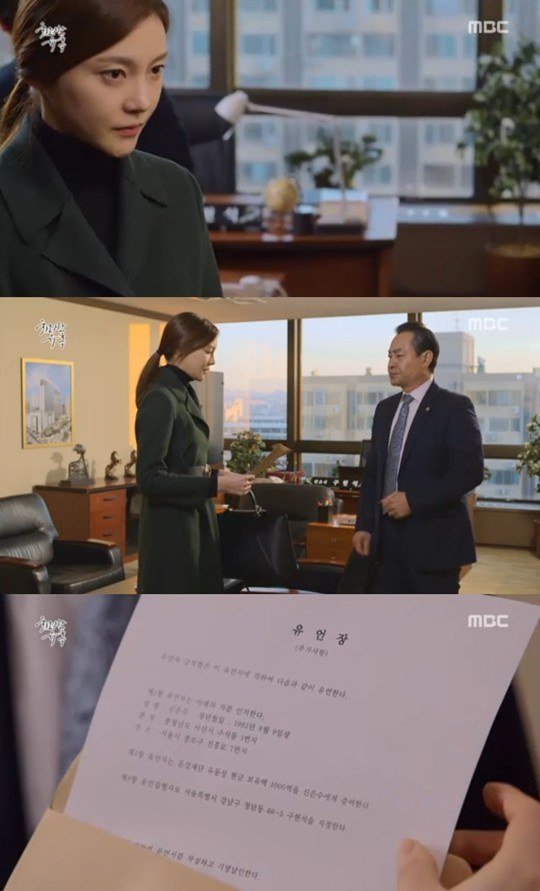 On this day, Kang Iljoo could contact lawyer Koo while Kang Seokhyeon decided to undergo the heart surgery for Sin Eunsoo (Choi Kang-hee).

Lawyer Koo informed Kang Iljoo that Kang Seokhyeon had amended his will just in case the surgery would go wrong. Kang Iljoo asked him if she would be able to find out what the change said. Lawyer Koo explained it's possible only after Kang Seokhyeon died.

Kang Iljoo mentioned she's the one who would fill up Kang Seokhyeon's position after his death and pressed the lawyer to reveal the will.