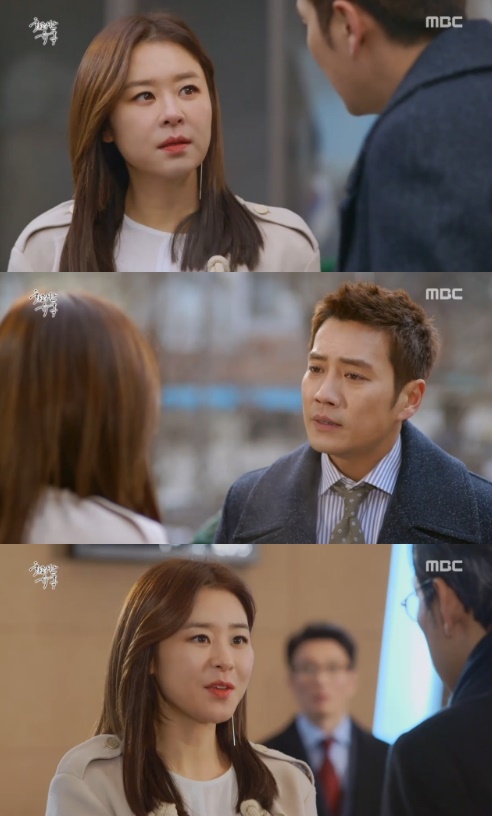 On the 33rd episode of MBC's Monday & Tuesday drama, "Glamorous Temptation", Kang Seok-hyeon (Jung Jin-young) realized there's something strange going on in regards to the transfer of his slush fund and then he went to the location at the address he had.

Jin Hyeong-woo became worried about Shin Eun-soo's safety and told her, "Don't ever to the thing you did again"

Shin Eun-soo also said, "You're doing more dangerous things behind me. You also be careful".

"[Spoiler] 'Glamorous Temptation' Choi Kang-hee deceives Jung Jin-young to save Joo Sang-wook"
by HanCinema is licensed under a Creative Commons Attribution-Share Alike 3.0 Unported License.
Based on a work from this source