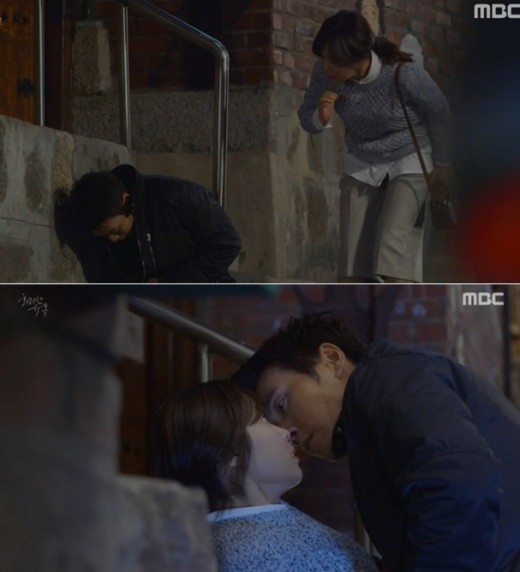 Choi Kang-hee was shocked when she found Joo Sang-wook in an alley.

On the 6th episode of MBC's "Glamorous Temptation", Sin Eun-soo (Choi Kang-hee) found someone in a dark alley on her way back home from work. She was startled at the sight and flopped down to the ground.

The person who was squatting down in the dark was Jin Hyeong-woo (Joo Sang-wook). Hyeong-woo was chasing someone and was wounded by a knife in the fight during the chase.

When Eun-soo realized that the person was Hyeong-woo, she was shocked. When a car glided into the alley, he thought that it was the car that was chasing him, and he stepped close to Eun-soo as if he would kiss her.

Later Hyeong-woo could escape safely thanks to Eun-soo's help. The scene raised the anticipation level on the development of the future relationship of the two.

"[Spoiler] 'Glamorous Temptation' Choi Kang-hee is shocked to find Joo Sang-wook in a dark alley"
by HanCinema is licensed under a Creative Commons Attribution-Share Alike 3.0 Unported License.
Based on a work from this source