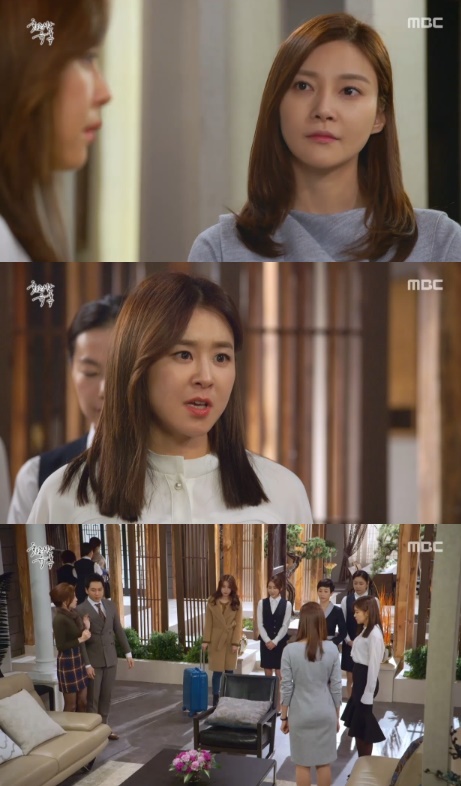 On this day, Kang Il-joo became so sure that the person, who had recorded the affair with Kwon Moo-hyeok (Kim Ho-jin) and sent it to her, was Sin Eunsoo. Kang Il-joo interrogated maids in the house based on Sin Eunsoo's words that she had received the tape from a maid, who received it from a express courier.

As the maid, who supposedly had handed over the tape to Sin Eunsoo, did not come forward, Kang Il-joo became furious. She blamed Sin Eunsoo, "You're so obedient in front of my father, and you attack me with the sweet looking face" and "Since my father is not here, there's no reason you should be here".

At the moment, a maid, who once had been helped by Sin Eunsoo, showed up and supported Sin Eunsoo.

Sin Eunsoo told Kang Il-joo in front of all the maids, "You can act like this once. But if it would happen again, it won't be solved like this just verbally"

Kang Il-joo was deeply perplexed and apologized. All of the maids bowed to Sin Eunsoo politely.

"[Spoiler] 'Glamorous Temptation' Choi Kang-hee takes hold of the power in the family "
by HanCinema is licensed under a Creative Commons Attribution-Share Alike 3.0 Unported License.
Based on a work from this source