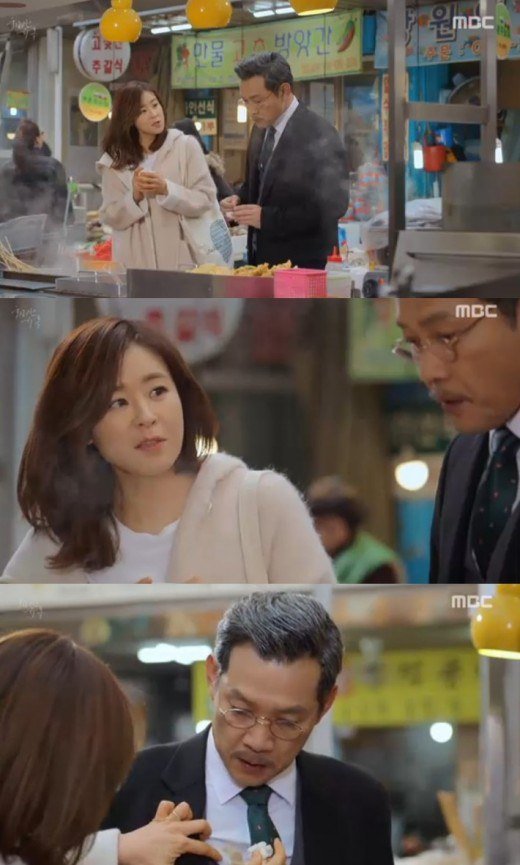 It was because Seok-heon went to see her. When Eun-soo asked him what had brought him there, he just said he wanted to pick some fresh local eel himself to make stew. Eun-soo and Seok-heon had some spicy fried rice cakes together. When she asked Seok-heon if he's allowed to eat salty food, he said, "I know, but I happen to eat bad foods only since I met you. But it's tasty, isn't it?" And then he smiled lightly. Seok-heon dropped the spicy sauce on his dress shirt, Eun-soo wiped it for him.

Seok-heon said, "What do you do when you're not working. You can bring your child to work".

Seok-heon helped Eun-soo bringing her grocery to her house. On his way back to his house, he said, "It's so warm unlike winter", which revealed his inner tender thoughts.

"[Spoiler] 'Glamorous Temptation' Jung Jin-young and Choi Kang-hee have a date in a traditional market"
by HanCinema is licensed under a Creative Commons Attribution-Share Alike 3.0 Unported License.
Based on a work from this source