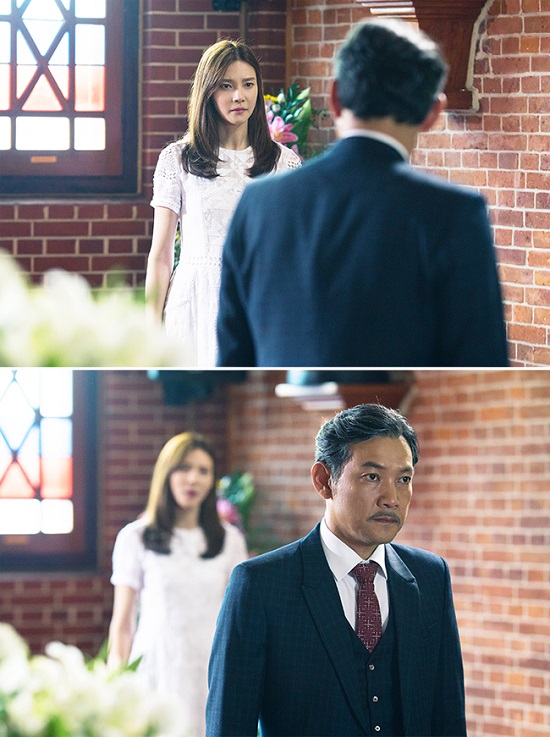 In the revealed images, Cha Ye-ryun is staring at Jung Jin-young angrily and Jung Jin-young's cold facial expression reveals the strong force of his character.

The photo is about the scene where Il-joo (Cha Ye-ryun) asks her father Seok-hyeon (Jung Jin-young) to acknowledge her relationship with Hyeong-woo (Joo Sang-wook). Seok-hyeon objected to their relationship coldly.

Il-joo poured out all the emotions she had been hiding until then. Whether or not she would be able to persuade her father is drawing attention. Their acting was so natural and strong that it overwhelmed everyone on the filming set on that day.

Jung Jin-young plays Kang Seok-hyeon, who owns almost omnipotent power. He is father to Cha Ye-ryun, who is a beautiful as well as dignified Cinderella in political circles.

Jung Jin-young, who is always trusted for his brilliant acting performances, is anticipated to present the broad acting spectrum from his 30s and 60s of the character.