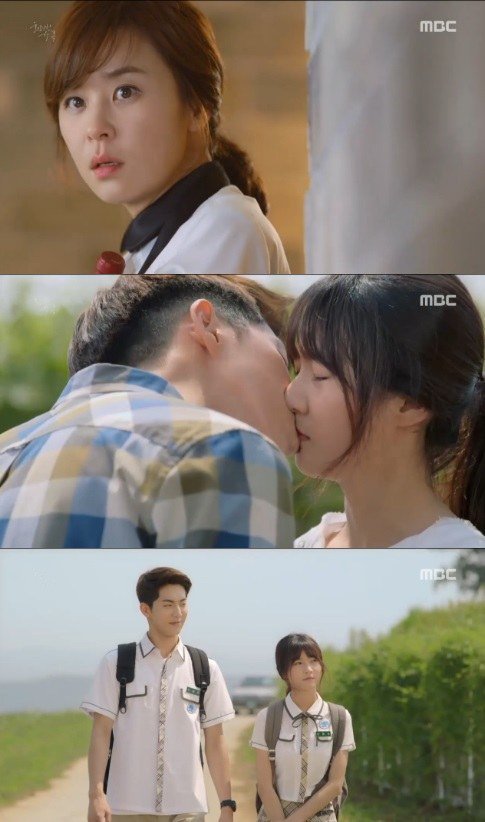 The scene leapt to the year of 1999 and Sin Eun-soo (Kim Sae-ron) and Jin Hyeong-woo (Nam Joo-hyuk) shared an innocent kiss while the ardent emotions were sprouting between the two. Sin Eun-soo and Jin Hyeong-woo in school were walking on a countryside trail. While they bickered at each other saying "Don't follow me", the two still revealed their affectionate emotion for each other.