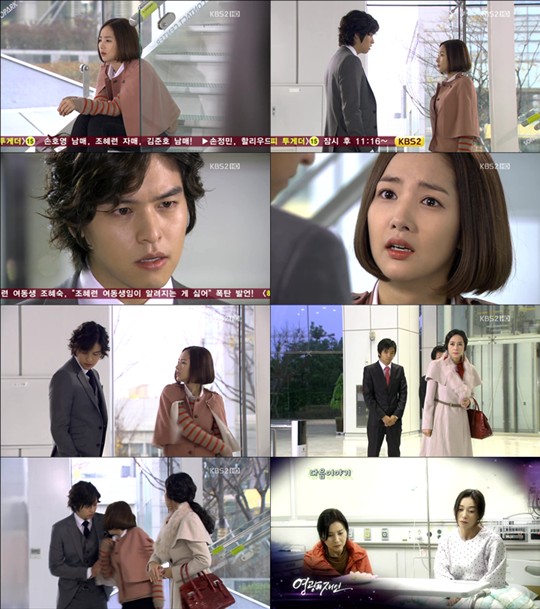 On the tenth episode of KBS 2 drama "Glory Jane", Yoon Jane (Park Min-young) slapped Seo In-woo (Lee Jang-woo) who was being verbally abusive to her.

In-woo pushed her out now that he knew who she was. However, she was there for the Great Firm interview and he wasn't comfortable with it so he asked her to leave.

She asked him, "Why are you doing this to me. Is it because I'm my father's daughter?" to which he replied, "Yes that's right. I don't like you around me when you're nothing but a driver's daughter. Or should I say the sister of a dumb moron who got kicked out of the team?"

In-woo was actually worried about her. She would be in danger if his father Seo Jae-myeong (Son Chang-min) found out that she was the daughter of Yoon Il-goo (Ahn Nae-sang) who was the owner of the Great Firm.

She was angry and slapped him. She said, "Alright, I will leave because you're so filthy".

"[Spoiler] "Glory Jane" Park Min-young gives Lee Jang-woo a slap"
by HanCinema is licensed under a Creative Commons Attribution-Share Alike 3.0 Unported License.
Based on a work from this source