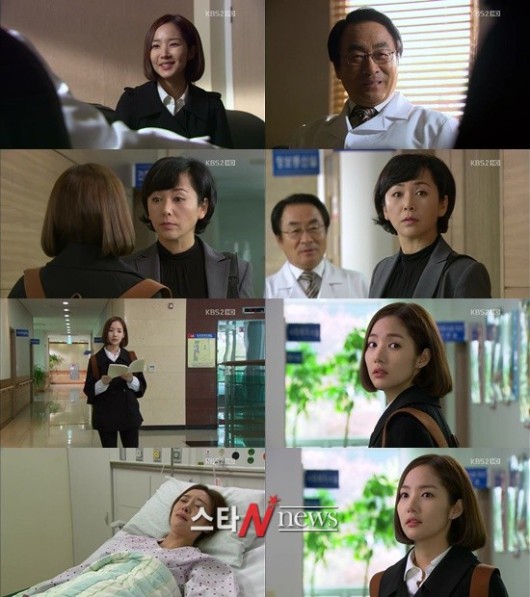 After reporting, she came out of the room and bumped into a woman while walking.

She apologized and kept walking but the woman looked at her and felt something but went into the room she came out of.

Then Jane heard someone calling her name and looked around, but there wasn't anyone there.

It was her mother's (Jang Yeong-nam) voice she heard, who had come out of a 17-year coma in the same hospital and called for Jane, but she had only heard it like an auditory hallucination.

Not knowing this, she quietly wished to herself, 'I wish I could work here' and went out of the hospital.

Meanwhile, Park Goon-ja (Choi Myung-gil) found out that her husband had been sending Jane money and chased her out of the house.

"[Spoiler] "Glory Jane" Park Min-young hears mother's voice"
by HanCinema is licensed under a Creative Commons Attribution-Share Alike 3.0 Unported License.
Based on a work from this source