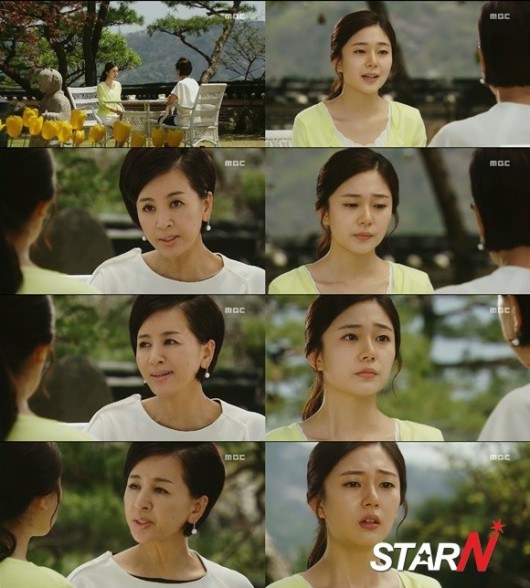 Mong-hyeon told Deok0hee, "You know he sleeps outside but why didn't you say anything to him? If you had been stern with him, it wouldn't have led this way".

Deok-hee said, "Would he listen even if I did? He doesn't even listen to Min Yeong-ae (Geum Bo-ra)".

Mong-hyeon spoke back, "Why did you keep him in his house. If you had left him in Pangyo, it wouldn't have been like this" and Deok-hee was angry and said, "Call your mother. I have no idea what is going on in your head".

"[Spoiler] "Gold, Appear!" Lee Hye-sook furious at Baek Jin-hee"
by HanCinema is licensed under a Creative Commons Attribution-Share Alike 3.0 Unported License.
Based on a work from this source