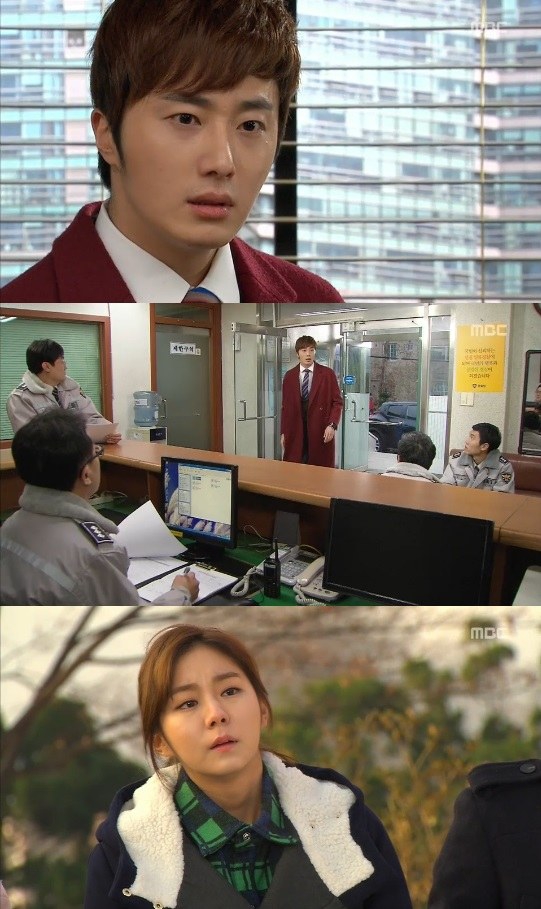 Jung Il-woo found out who UEE was and headed for the police.

On the twelfth episode of the MBC weekend drama "Golden Rainbow" on the 8th, Seo Do-yeong (Jung Il-woo) who had been collar-handled by Kim Baek-won (UEE) complained, "Why is there a traffic police like her here, and causing trouble? What's her name?"

The co-worker next to him laughed as he said, "She has a unique name. It's Kim Baek-won. Seo Do-yeong realized who she was and drove quickly to the police station where she was.

He asked for her but she wasn't there. She was waiting in front of a prison, waiting for the release of her father Kim Han-joo (Kim Sang-joong). They were misled this day but it seems they will find out about each other soon.

"[Spoiler] "Golden Rainbow" Jung Il-woo goes to the police"
by HanCinema is licensed under a Creative Commons Attribution-Share Alike 3.0 Unported License.
Based on a work from this source