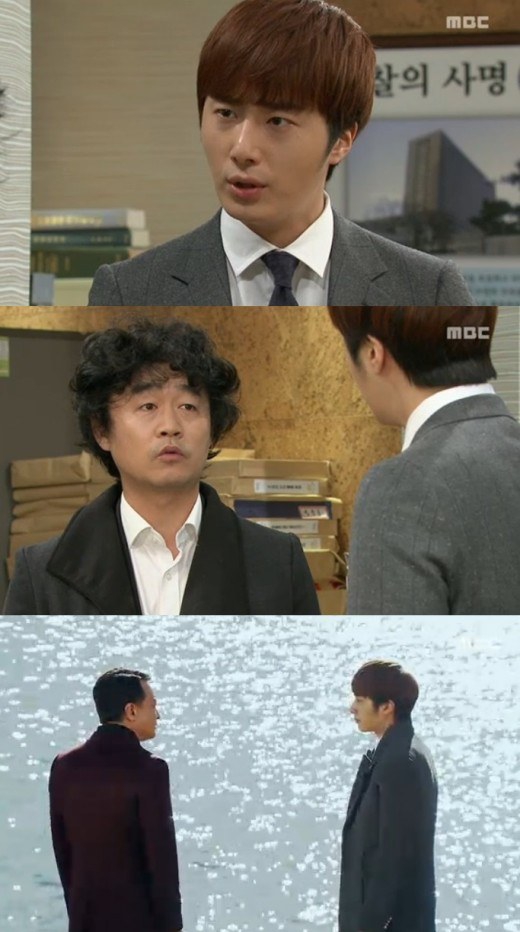 Do-yeong (Jung Il-woo) started suspecting Jin-ki (Jo Min-ki) for the fact that Jo Kang-doo was involved with this case. He was sure about the assistant's statement that his father left without his driver and she heard crying from the room.

Do-yeong asked Yeong-hye if she spoke to Han-joo on the phone on the day of the case and she said, "I didn't talk to him. I lost my cell phone right after meeting the deputy-president Seo".

Do-yeong asked his father where he was from 2:00PM to 4:00PM on the day of Han-joo's death. He said, "I want your alibi. You gave the order to kill didn't you? You killed him?"

"[Spoiler] "Golden Rainbow" Jung Il-woo points out Jo Min-ki"
by HanCinema is licensed under a Creative Commons Attribution-Share Alike 3.0 Unported License.
Based on a work from this source