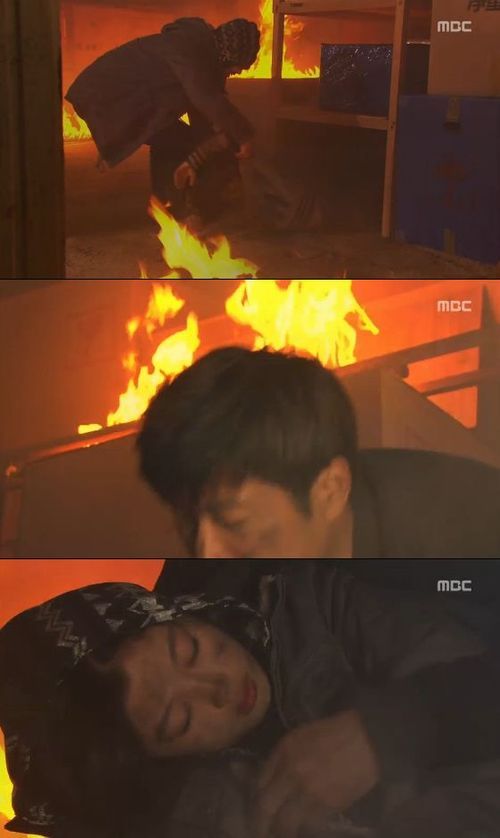 Kim Yoo-jung jumped into the fire to save her brother.

Baek-won ran to the warehouse when she heard about her brother who went to get the smuggled lipsticks. However, it was already after her father Kim Han-joo (Kim Sang-joong) had lit fire to it to get rid of the evidence.

She told him Il-won was in there and didn't hesitate to run in and found her brother laying unconscious.

However, Baek-won was knocked out by the falling ceiling and Han-joo ran in to save them this time.

Meanwhile, the preview showed Han-joo being framed for smuggling according to Seo Jin-gi's (Jo Min-ki) plot.

"[Spoiler] "Golden Rainbow" Kim Yoo-jung jumps into fire to save brother"
by HanCinema is licensed under a Creative Commons Attribution-Share Alike 3.0 Unported License.
Based on a work from this source