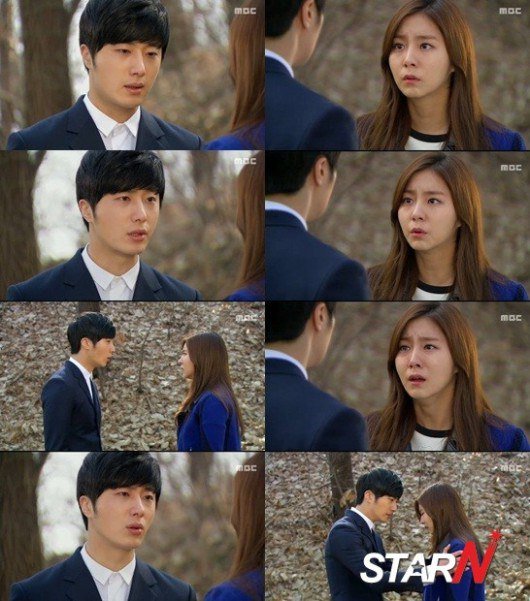 Kim Baek-won (UEE) called Do-yeong and told him that Seo Jin-ki had known he'd helped her. He also told her that he was getting married to Kim Cheon-won.

Baek-won suggested that they put everything down; she wanted to take revenge on her own, as Do-yeong mentioned that he wouldn't take part in it.

Kim Baek-won didn't want to carry on knowing that sacrifices were being made, so he held onto her shoulders and told her what she had to do.

Kim Baek-won cried and looked like she'd lost all hope but Seo Do-yeong told her she needed to make it work.

"[Spoiler] "Golden Rainbow" UEE cries at the news of Jung Il-woo's marriage"
by HanCinema is licensed under a Creative Commons Attribution-Share Alike 3.0 Unported License.
Based on a work from this source