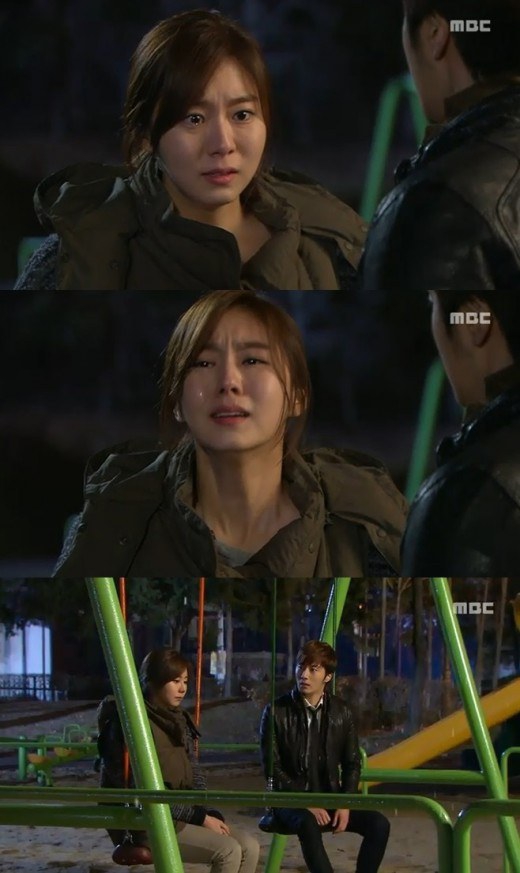 On the episode of the MBC drama "Golden Rainbow" on the 15th, Baek-won (UEE) was mad at Do-yeong (Jung Il-woo) for letting Jae-soo (Lee Dae-yeon) go.

Baek-won yelled at Do-yeong for letting Jae-soo go as she grabbed his collar. Do-yeong let go of her hands and said, "Don't forget I am your superior if you came here on official business".

Baek-won cried, "Do you know how hard I've worked to catch him? How could you let him go that easily? I wanted to catch the man who put my dad in prison. I wanted to reveal the things my father was framed for. He's the one that made my father smuggle".

She then said, "You weren't the same Do-yeong I knew from before. You be the prosecutor you are. I will get him soon".

Meanwhile, "Golden Rainbow" is a drama about the love and passion of seven siblings bound by fate.

"[Spoiler] "Golden Rainbow" UEE cries in front of Jung Il-woo"
by HanCinema is licensed under a Creative Commons Attribution-Share Alike 3.0 Unported License.
Based on a work from this source