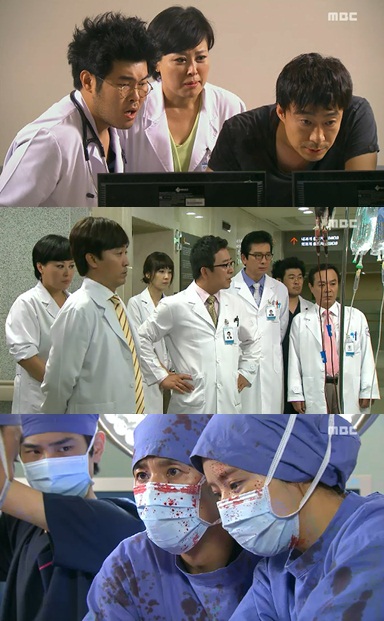 Choi In-hyeok (Lee Sung-min) quit his job at the hospital and was enjoying his free time playing pool when he met a patient in a car accident.

He couldn't go by it and carried out emergency procedure on the patient while asking the paramedics to go to Sejoong Hospital.

He contacted the emergency ward and told them to be prepared.

Hwang said, "Since when did operation become so random? Do you take the people here seriously?"

Choi said, "If we leave this patient like this we have no hope" and tried to hasten the surgery but Hwang remained silent.

Ji Han-gu (Jung Suk-yong) then broke the ice and led the patient to the operating room saying, "Who's going to take responsibility if there is death? Move please".

Choi personally operated on this patient and foresaw an impact.

"[Spoiler] "Golden Time" Lee Sung-min operates on emergency patient"
by HanCinema is licensed under a Creative Commons Attribution-Share Alike 3.0 Unported License.
Based on a work from this source