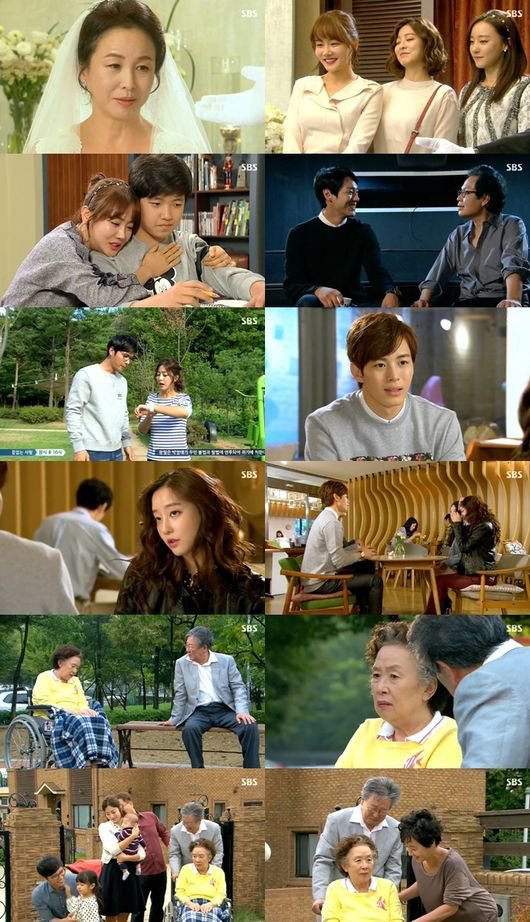 Song-jeong's first daughter Da-ae (Hwang Woo-seul-hye) cried when her stepson Eun-chan (Jeong Jae-min) called her 'mom' and Song-jeong's second daughter Da-jeong (Park Se-young) successfully gave birth. Song-jeong told Da-jeong who had been through the pain of child-birth, "You've just met the greatest friend you'll ever have, I told you how happy I am because of you three".

Three years later, Lee Soy (Jung Hye-sung) was pregnant with her second child and Goong-yeong and Song-jeong were still happily in love. Song-jeong's third daughter Da-in (Ko Woo-ri) got a job at a magazine company and was still in love with Yoo Ji-ho (Hong Bin).

Soon-ok's (Na Moon-hee) disease got worse but Kim Cheol-soo (Choi Bool-am) stayed by her side.

"Good Day" is about a mother of three daughters, getting them married to good men. The percentage didn't bring the best of results but emphasized the importance of warm family love.

Meanwhile, coming up after "Good Day" is "Modern Farmer", a humanly comedy drama about a 4-member rock band who feed on their dreams, friendship and love.

"[Spoiler] "Good Day" ends on a happy note"
by HanCinema is licensed under a Creative Commons Attribution-Share Alike 3.0 Unported License.
Based on a work from this source