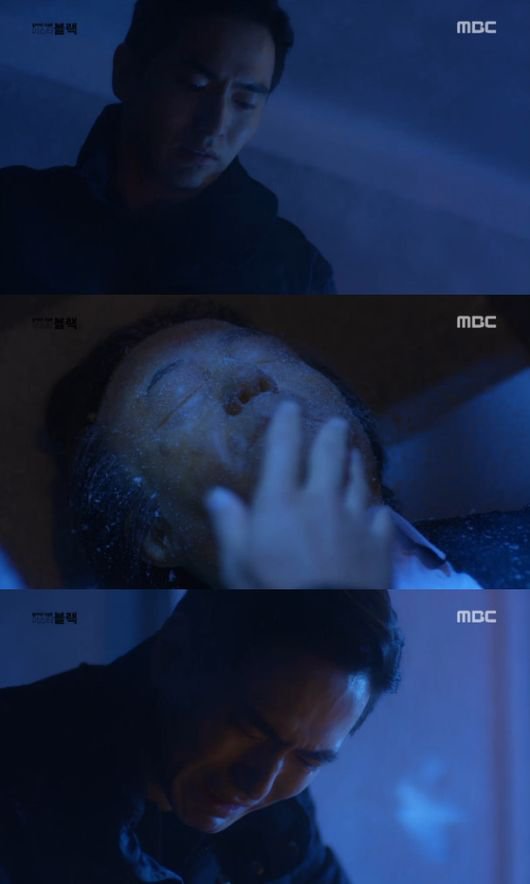 When Ji-won found him, he broke down in tears and cried out, "Father, I am sorry". The scene predicted that Ji-won's revenge would resume in earnest.

"[Spoiler] 'Goodbye Mr. Black' Lee Jin-wook breaks down in tears as he finds father's dead body"
by HanCinema is licensed under a Creative Commons Attribution-Share Alike 3.0 Unported License.
Based on a work from this source