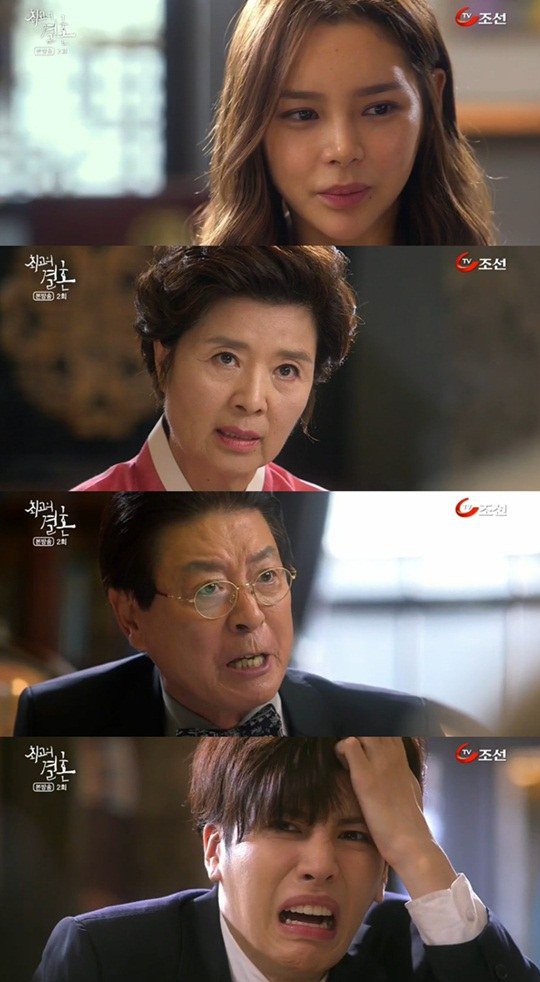 A red light came on in Park Si-yeon and No Min-woo's relationship.

His family was extremely conservative. Tae-yeon pointed out Cha Ki-yeong's clothes and told her to wear a traditional Hanbok if she wanted to get his father's permission. However, she was stubborn and they quarreled even before they got home.

As expected, Park Tae-yeon's parents didn't like Cha Ki-yeong. Park Kang-rok (Lee Jung-gil) was shocked to hear that she was two years older than his son; her mother ran a restaurant and her father was a movie producer. He intentionally showed his displeasure by saying, "People who run restaurants like that for a long time tend to smell".

Park Kang-rok and Jeon Ryeo-ja (Yoon Mi-ra) told Cha Ki-yeong to quit her job. Jeon Ryeo-ja looked at Cha Ki-yeong disgracefully and said, "We have memorial service 12 times a year. You won't be able to balance work at the same time. Will you have any trouble having children?"

Cha Ki-yeong couldn't stand the arrogant attitudes of Park Tae-yeon's parents who insulted her parents and got up from her seat. Park Kang-rok was mad to see her leave and threw something at Park Tae-yeon who was hit and started bleeding from the head.

Park Tae-yeon followed Cha Ki-yeong out and yelled, "Don't you want to get married with me? You can't stand this?" and Cha Ki-yeong yelled back, "I don't have to stand it. I am not getting married to you".

"[Spoiler] "Greatest Marriage" Park Si-yeon and No Min-woo"
by HanCinema is licensed under a Creative Commons Attribution-Share Alike 3.0 Unported License.
Based on a work from this source