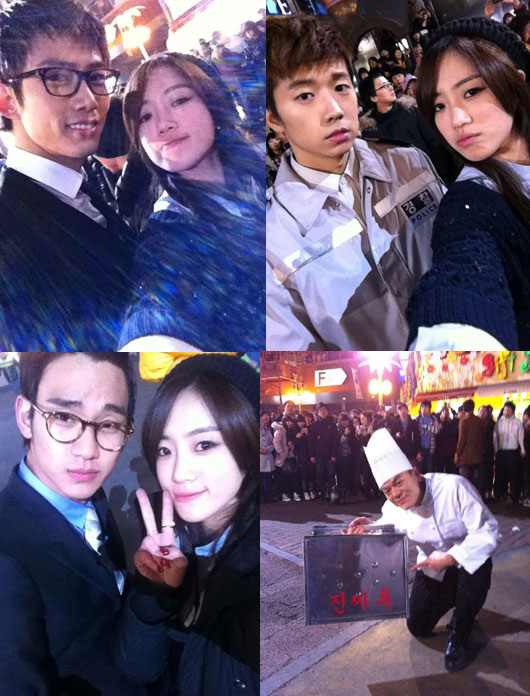 She uploaded pictures of what looks like pictures related to the last episode on her Twitter on the 27th.

In the picture was Park Jin-young in a chef costume holding a delivery case and Wooyoung wearing a policeman costume. Wearing a neat suit with glasses was Kim Soo-hyeon and Ok Taecyeon.

She then wrote, "Yang Jin-man who opened a Chinese restaurant, transformed Kirin Art School students Sam-dong, Jin-gook and Jason. This is our ending".

Netizens say, "The drama isn't over, but why is she doing this?", "It's like she's doing this on purpose".

"[Spoiler] Ham Eun-jung also spills out "Dream High" spoilers? "Our ending""
by HanCinema is licensed under a Creative Commons Attribution-Share Alike 3.0 Unported License.
Based on a work from this source