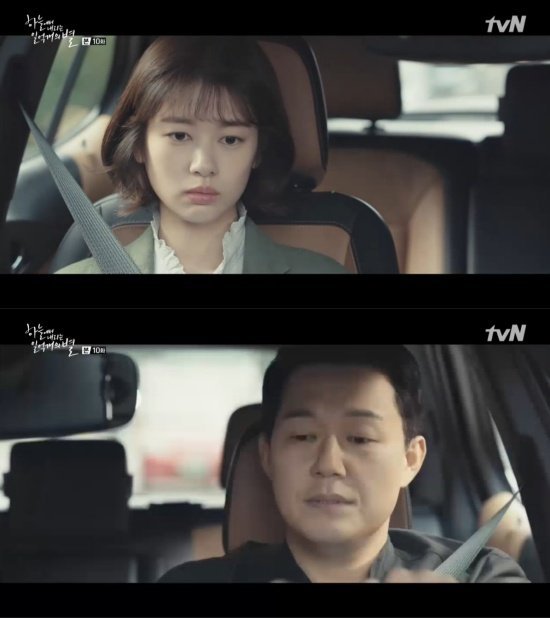 He sent her home and said, "You're a grown-up now. Sorry about what I said yesterday and I won't interfere with your business anymore". Yoo Jin-kang got out of his car with a smile, but hid the fact that she was seeing Kim Moo-yeong (Seo In-guk).

Then, Yoo Jin-gook went to Kim Moo-yeong's house and saw flowers. He realized the flowers were the same as the one's he had at home and called Yoo Jin-kang to ask where she was.

Previously, Tak So-jeong (Jang Young-nam) told Yoo Jin-gook, "On the day Kim Moo-yeong was caught, Jin-kang called me and she seemed distressed. If Kim Moo-yeong was the one you were looking for, I don't think he should be seeing Jin-kang".

Yoo Jin-gook met with Kim Moo-yeong and said, "Are you seeing my sister? If you are you should stop that right away. It's because of you I'm saying this. This is a warning".

"[Spoiler] "Hundred Million Stars from the Sky" Park Sung-woong Warns Seo In-gook Away From Jung So-min"
by HanCinema is licensed under a Creative Commons Attribution-Share Alike 3.0 Unported License.
Based on a work from this source