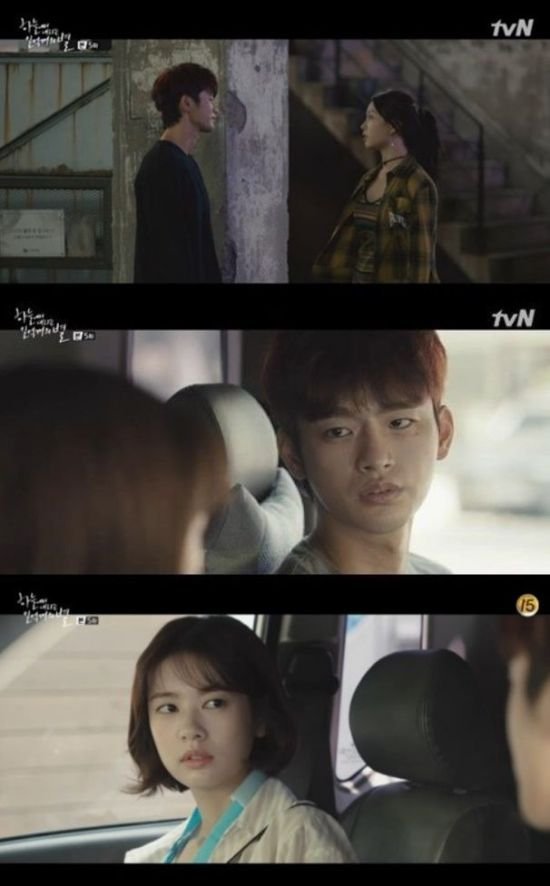 On the latest episode of the tvN drama "Hundred Million Stars from the Sky", Kim Moo-yeong (Seo In-gook) realized how he felt about Yoo Jin-kang (Jung So-min) thanks to Im Yoo-ri (Go Min-si).

Kim Moo-yeong checked the black box that had recorded Im Yoo-ri and Yoo Jin-kang's accident. Later, he asked Im Yoo-ri why she did it. Im Yoo-ri said, "I didn't know she was his sister", but Kim Moo-yeong blamed her for her actions.

Kim Moo-yeong was conflicted, but he went to Yoo Jin-kang and told her he liked her and they should be together. However, Yoo Jin-kang said, "You're crazy".

"[Spoiler] "Hundred Million Stars from the Sky" Seo In-guk Confesses to Jung So-min"
by HanCinema is licensed under a Creative Commons Attribution-Share Alike 3.0 Unported License.
Based on a work from this source