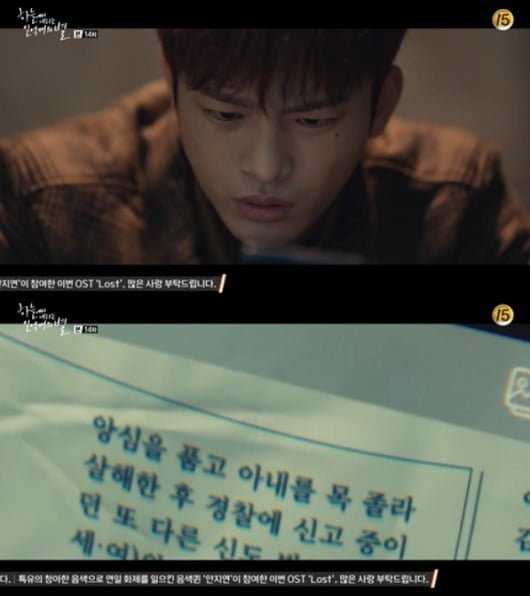 On the latest episode of the tvN drama "Hundred Million Stars from the Sky" on the 15th, Kim Moo-yeong (Seo In-guk) discovered his father was a murderer.

Kim Moo-yeong then saw an old article sent to him by Jang Se-ran (Kim Ji-hyun) and learned who his father was. The article said his father was deeply into false religion and killed his mother and his fellow believers.

Kim Moo-yeong went to his psychiatrist Yang Kyeong-mo (Yoo Jae-myung) and explained what he'd seen. He said, "It has nothing to do with me, but I feel filthy. That's how I can explain myself".

Yang Kyeong-mo sad, "My father was a murderer, too. The son of a murderer on the third page of my book is you. This isn't explaining you in the past. I'm proving you. Don't get hurt over something that's not your business".