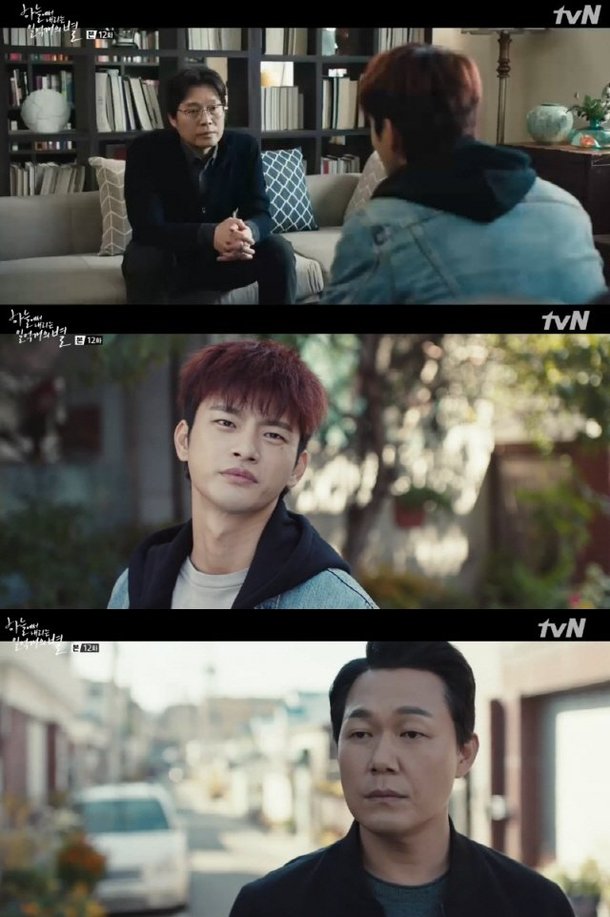 Kim Moo-yeong (Seo In-guk) heard about his father from Yang Kyeong-mo (Yoo Jae-myung) on the latest episode of the tvN drama "Hundred Million Stars from the Sky".

Kim Moo-yeong asked if his father had been shot because he'd been dreaming about it.

However, Yang Kyeong-mo said, "No, your father killed himself. He lost footing in the mountains and they said he killed himself".

Kim Moo-yeong asked why that was suicide and Yang Kyeong-mo said, "I don't know. I only heard what people were saying".

"[Spoiler] "Hundred Million Stars from the Sky" Seo In-guk is Who Park Sung-woong Wanted to Find"
by HanCinema is licensed under a Creative Commons Attribution-Share Alike 3.0 Unported License.
Based on a work from this source