[Spoiler] Hwang Jung-eum "Kid actor is pressuring me, I will do my best as the adult" 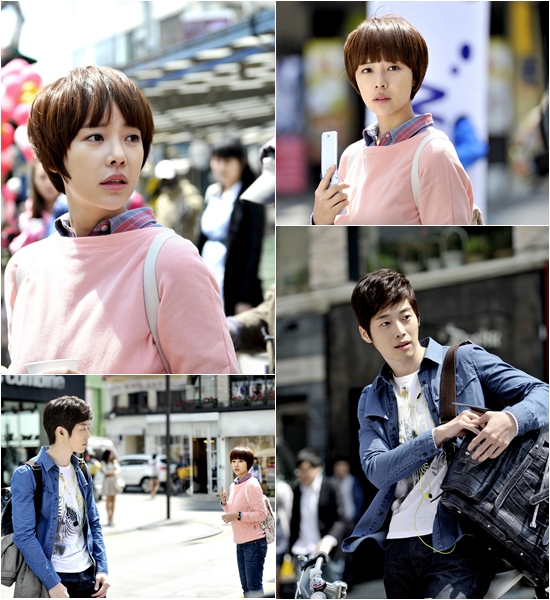 "Can You Hear my Heart" shot the first meeting of adults Cha Dong-joo (Kim Jae-won) and Bong Woo-ri (Hwang Jung-eum) on the Rodeo street of Apgujeong on the 13th.

This days scene was about Bong Woo-ri going after Cha Dong-joo who spoke and acted just like her lost brother Bong Ma-roo (Namgoong Min).

Hwang Jung-eum said, "I've been watching from episode one to 4 and it was just so touching. I feel grateful that I'm receiving the baton from Kim Sae-ron who played the kid role so well and I hope I remain in good memories when I'm done with my part".

She added, "Kim Sae-ron was so good that I feel pressured but I will do my best and I am prepared to accept anything said to me after that".

In the 5th episode of "Can You Hear my Heart", Kim Jae-won, Hwang Jung-eum, Namgoong Min, Go Joon-hee, Lee Kyu-han, and others appear as adults and in a make up shop Woo-ri coincidentally meets Dong-joo who acts and talks just like her lost brother Ma-roo.

Kid actors Jung Bo-suk and Kim Sae-ron touched peoples hearts in the forth episode and rated 14.3% (based on AGB Nielsen Media Research).

"[Spoiler] Hwang Jung-eum "Kid actor is pressuring me, I will do my best as the adult""
by HanCinema is licensed under a Creative Commons Attribution-Share Alike 3.0 Unported License.
Based on a work from this source