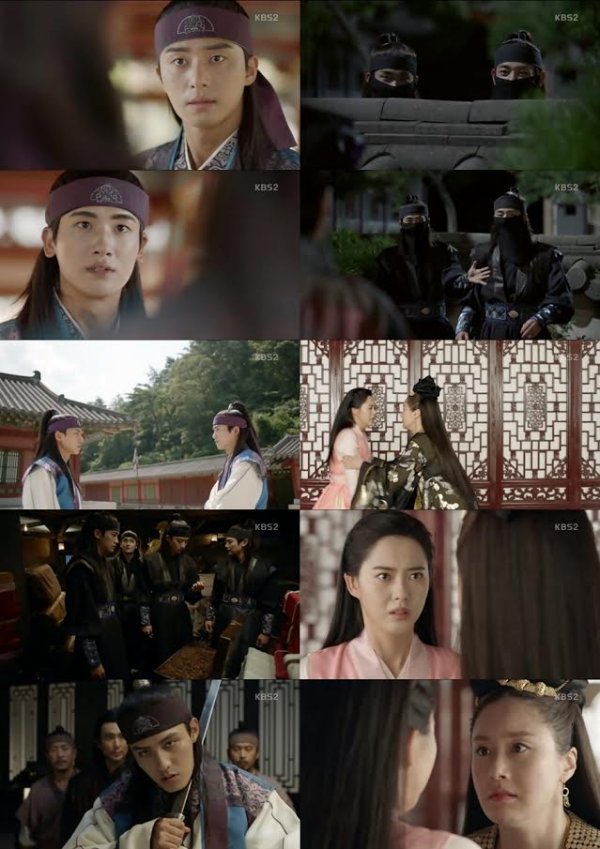 The reckless youths are now real Hwarangs. They masked themselves in black to save people of a village who are suffering from an epidemic.

The story of the Hwarangs was dynamic on the latest episode of the KBS 2TV drama "Hwarang".

Ahn Ji-gong (Choi Won-yeong) struggled in a village which an epidemic spread. However, there were no medical supplies to do anything about it. All the ingredients needed for medication were rotting in Park Yeong-sil's (Kim Chang-wan) storage.

Park Yeong-sil planned on selling the ingredients at a high price when the village people were dying and desperate to live.

Seon-woo and Sam Maek-jong fought with each other previously as one was trying to find the king and the other was hiding the face of the king. Still, they set off as soon as they heard Wi Hwa-rang. They had the same thought of saving the village people although they didn't always see eye to eye. Soo-ho (Choi Minho) and Yeo-wool (Jo Yoon-woo) followed them.

However, Ban-ryu (Do Ji-han) was excluded. The Hwarangs knew that Ban-ryu would be in danger because he was Park Yeong-sil's son. Ban-ryu got drunk and complained to Park Yeong-sil about it.

This was unacceptable for Ban-ryu. He couldn't be openly aggressive about it, but he just wanted to be with the other Hwarangs.

Seon-woo, Sam Maek-jong, Soo-ho and Yeo-wool took out all the ingredients from Park Yeong-sil's storage and sent them to the village. They saved the people's lives. Before this, they were all reckless teenagers.

The sixty minutes of the drama was dynamic. Sam Maek-jong decided to become the king and Queen Ji-so (Kim Ji-soo) was caught up with anxiety. Queen Ji-so had a dark past. The conversation between Hwi Kyeong-gong (Song Young-kyu) and Ji-so's conversation. Sook-myeong's (Seo Ye-ji) feelings for Seon-woo and in the end, Queen Ji-so yelled that she would make Aro her 'wonhwa'.

"[Spoiler] "Hwarang" Fast-paced story, the youth grow up"
by HanCinema is licensed under a Creative Commons Attribution-Share Alike 3.0 Unported License.
Based on a work from this source