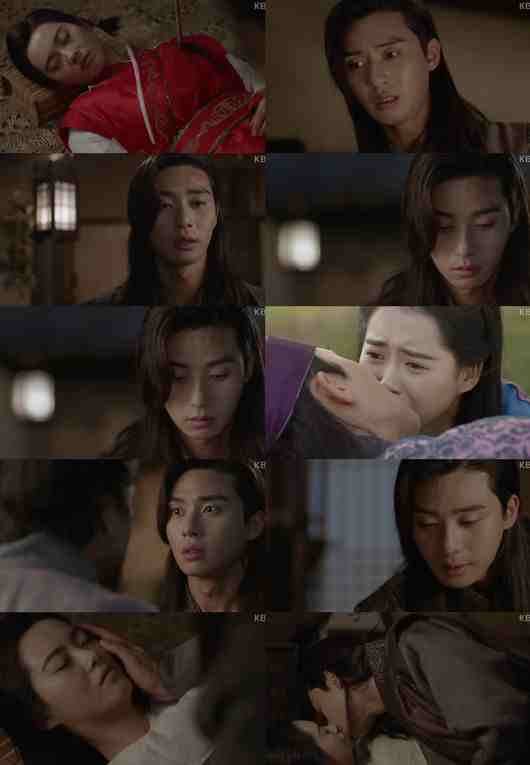 Aro (Go Ara) got shot by an arrow instead of Seon-woo (Park Seo-joon) and her life was in danger.

On the latest episode of the KBS 2TV drama "Hwarang", Aro was unconscious from being hit by an arrow. Seon-woo took her to Ahn Ji-gong (Choi Won-young) her father. Ahn Ji-gong said, "Aro, you have to make it, you have to survive this".

Ahn Ji-gong asked Seon-woo what happened and he said, "The Queen sent soldiers to kill me and she got hit by the arrow for me. If I'm next to her, she'll be in danger continuously. They know that she moves me".

Seon-woo cried next to her and said, "This isn't you lying down like this. Please get up. I love you so much". He kissed her.

"[Spoiler] "Hwarang" Park Seo-joon tells Go Ara, "I really love you""
by HanCinema is licensed under a Creative Commons Attribution-Share Alike 3.0 Unported License.
Based on a work from this source