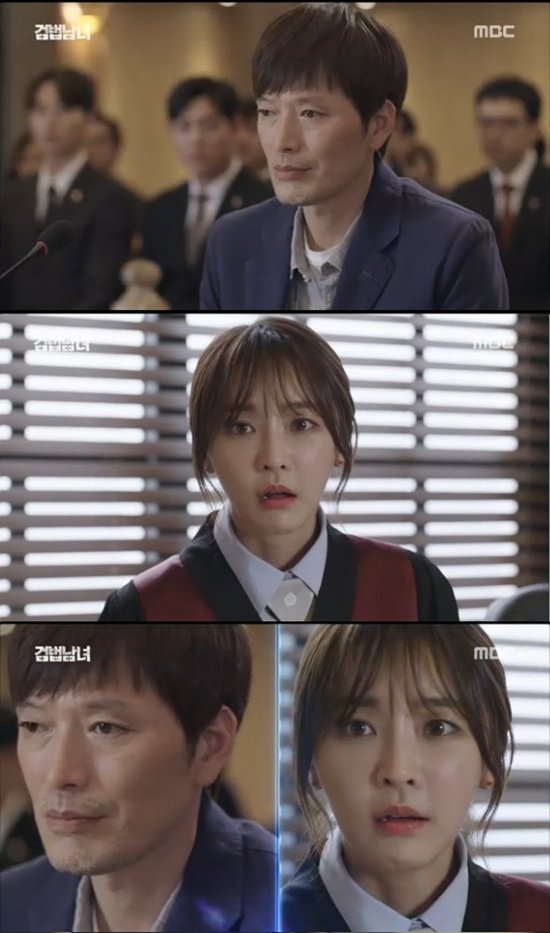 On the first episode of the MBC drama "Investigation Partners", Baek Beom (Jung Jae-young) and Eun Sol (Jung Yoo-mi) partnered up to work on the Kwon Hee-kyeong case.

Baek Beom is an experienced forensic scientist of 10 years at the National Forensic Service, but he's known to be a freak.

Eun Sol had a bad first experience with Baek Beom, but it was reasonable. Eun Sol appeared at a crime scene in heels and left her print marks and touched the dead body with her bare hands, making Baek Beom furious.

Eun Sol could have become a judge with her good grade,s but she was sloppy. She mentioned American dramas while talking about a murder involving a third generation chaebol and made Kim Dong-sik (Park Jun-gyu) and Chun Mi-ho (Park Hee-jin) sigh.

However, Eun Sol's passion to make the victim's death come to justice was amazing. She even found a witness. However, she was cornered when Baek Beom appeared as the witness to the victim.

Baek Beom had announced that Kwon Hee-kyung's death was not because of her husband Oh Man-sang, but due to overdose.

"[Spoiler] "Investigation Partners" Jung Jae-young and Jung Yoo-mi's Rough Start"
by HanCinema is licensed under a Creative Commons Attribution-Share Alike 3.0 Unported License.
Based on a work from this source