Jung Jae-young and Oh Man-suk had an uncomfortable first encounter on the latest episode of the MBC drama "Investigation Partners".

Baek Beom and Eun Sol (Jung Yoo-mi) had just finished the murder case in Yeomsang-gu when a woman's dead body was found in the mountains.

Do Ji-han ran into Eun Sol who was there first. She was surprised to hear that he was her new supervisor. Baek Beom's forensic team was also on site.

Do Ji-han checked out the dead body with piercing eyes. Jang Seong-joo (Ko Kyu-pil) tried to untie the hands on the body and movie it.

However, Do Ji-han stopped him and said, "I don't think it should be untied" and although Jang Seong-joo explained that all the pictures were taken and that it would be difficult to move the body if they didn't untie it, Do Ji-han said, "We might damage evidence.

Baek Beom told Do Ji-han to movie it himself to the bottom of the mountain and Do Ji-han glared at him. 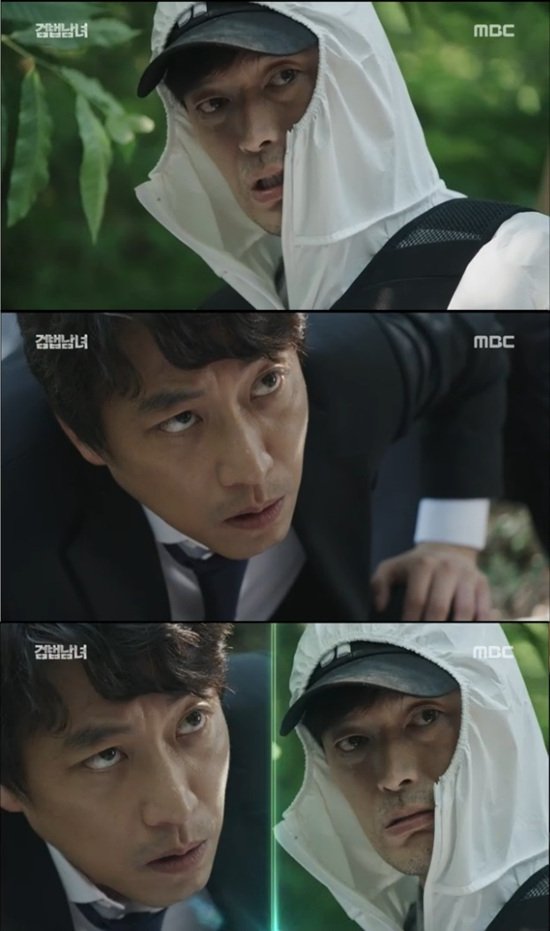 "[Spoiler] "Investigation Partners" Jung Jae-young and Oh Man-seok Have a Tense First Encounter"
by HanCinema is licensed under a Creative Commons Attribution-Share Alike 3.0 Unported License.
Based on a work from this source