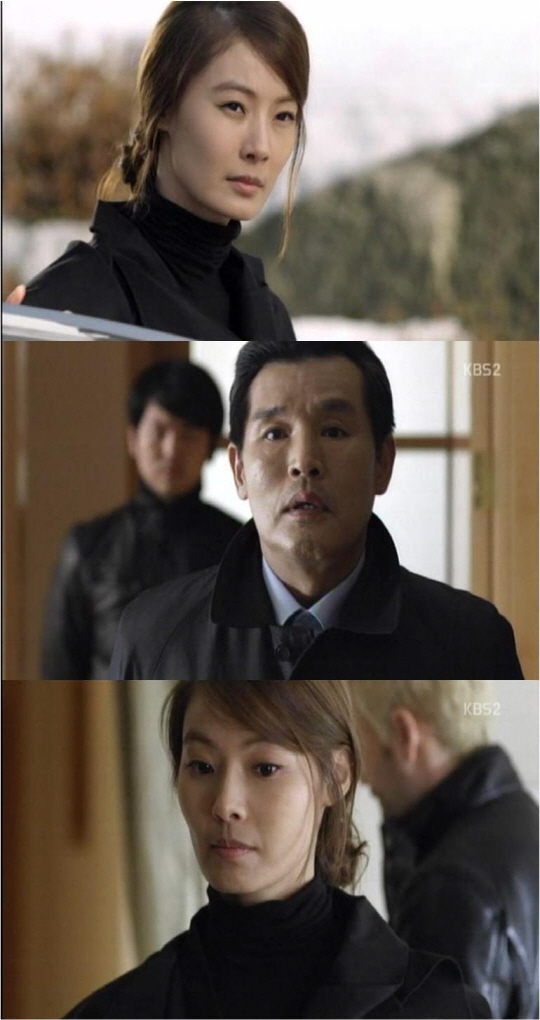 Yoon So-yi appeared in "IRIS 2" for the first time.

Joong-won (Lee Beom-soo) acted as the general security manager to the North at the unity meeting. He disguised a present from the South and released gas bombs, killing the North delegates and hiding the leader Gwon Yeong-choon (Ahn Seung-hoon). He had set it up so that it looked like the job of a South terrorist movement.

Tae-hee appeared as the escort who hid Gwon Yeong-choon and protect him and her charisma overtook the stage.

Meanwhile, Park Tae-hee is an elite North Korean spy who was trained by the North after her life as student president in an prestigious Seoul university.

"[Spoiler] "Iris 2" Yoon So-yi's first appearance"
by HanCinema is licensed under a Creative Commons Attribution-Share Alike 3.0 Unported License.
Based on a work from this source