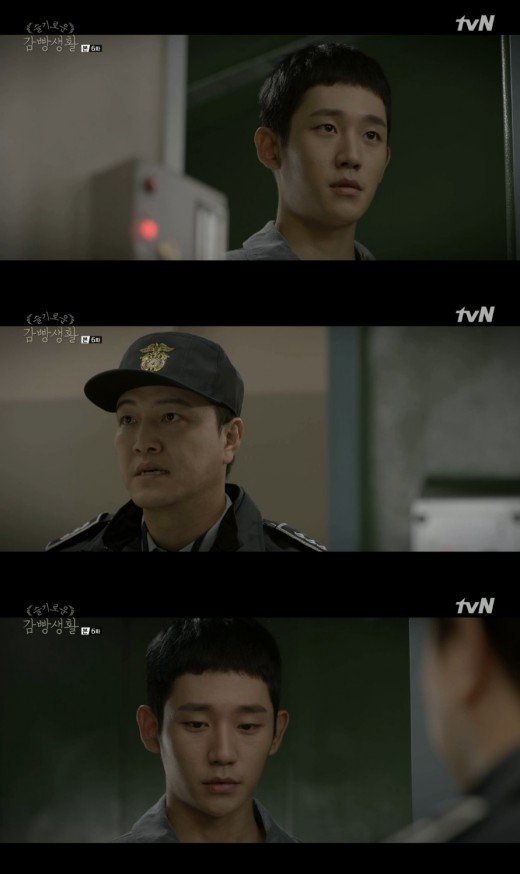 On the latest episode of the tvN drama "Prison Playbook", a key character joined Room 6: Captain Yoo (Jung Hae-in), a man who had beaten his subordinate to death. Even the guards were careful around him.

Yoo claimed he was innocent and tried to harm himself. He was caught and sent to isolation where he refused to eat and focused on working out.

Later, although the CCTV said otherwise, Yoo was thrown into isolation again for beating up a guard. In reality, Yoo had helped the guard who had a heart problem. When the other guards told him he should have told them the truth, he said, "Would you have believed me if I told you?"

"[Spoiler] Is Jung Hae-in Misunderstood in "Prison Playbook"?"
by HanCinema is licensed under a Creative Commons Attribution-Share Alike 3.0 Unported License.
Based on a work from this source