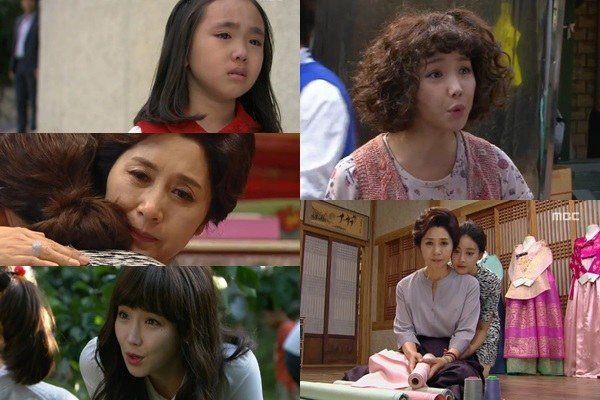 The good triumphed over evil in the end.

Min-jeong and Bo-ri took the long way round to get to their places. Min-jeong ran a soup house with Hye-ok after her sentences was over. Min-jeong curled her hair to look like Bo-ri and started delivering food all over the market. Hye-ok didn't recognize Min-jeong but Min-jeong took care of her in terms of washing away her sins.

Bo-ri started teaching and continued to raise Bi-dan. She called Kim In-hwa (Kim Hye-ok) to Bisulchae and said, "I've found my mother at last". In-hwa had been taking care of Hye-ok who'd lost her memory but returned to the Bisulchae in the end and was recognized as Bo-ri's mother.

Bi-dan was happy, too. She was happy to find out that her real father Moon Ji-sang (Sung Hyuk) had found a girlfriend that looked like Yeon Min-jeong. Also, hugging the present that he'd left her, she said to herself, "I've never called him 'father' before".

Bo-ri was pregnant and added joy to the happy ending.

"[Spoiler] "Jang Bo-ri Is Here!" Lee Yu-ri and Oh Yeon-seo find their places at last"
by HanCinema is licensed under a Creative Commons Attribution-Share Alike 3.0 Unported License.
Based on a work from this source