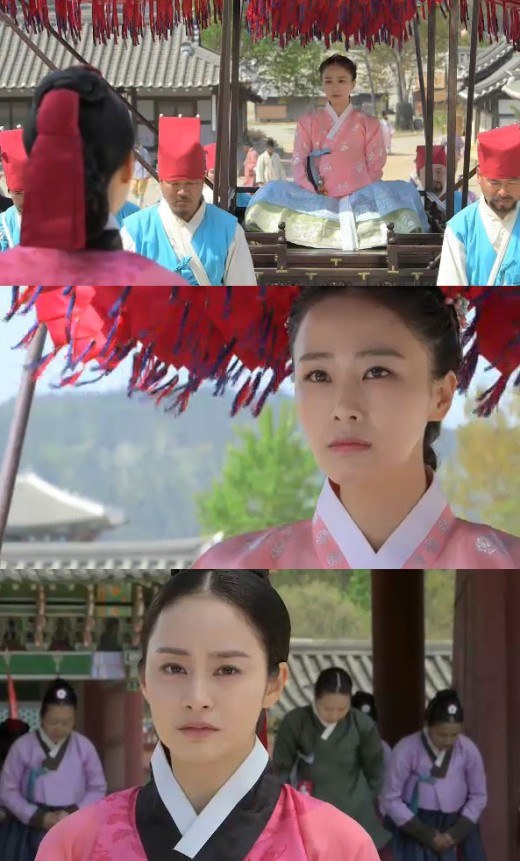 In-hyeon (Hong Soo-hyun) finally became Queen after In-kyeong passed away but Sook-jong (Yoo Ah-in) kept pushing back the marriage. He loved Ok-jeong (Kim Tae-hee) and therefore he wasn't interested in In-hyeon. Meanwhile, he was hurt severely in the head trying to save Ok-jeong.

Ok-jeong was driven out of the palace and Sook-jong couldn't get up. Min Yoo-joong (Lee Hyo-jung) suggested regency by the Queen mother (Kim Sun-kyung) who ordered the marriage of In-hyeon and Sook-jong.

In the end, In-hyeon became queen and entered the palace. The palace maids and servants went to get her with their heads bowed low. In-hyeon's dream of becoming a queen finally came true. However, rivalry was hinted between In-hyeon and Ok-jeong as she stayed outside the palace worried sick about Sook-jong.

"[Spoiler] "Jang Ok-jeong" Hong Soo-hyun becomes rival with Kim Tae-hee"
by HanCinema is licensed under a Creative Commons Attribution-Share Alike 3.0 Unported License.
Based on a work from this source