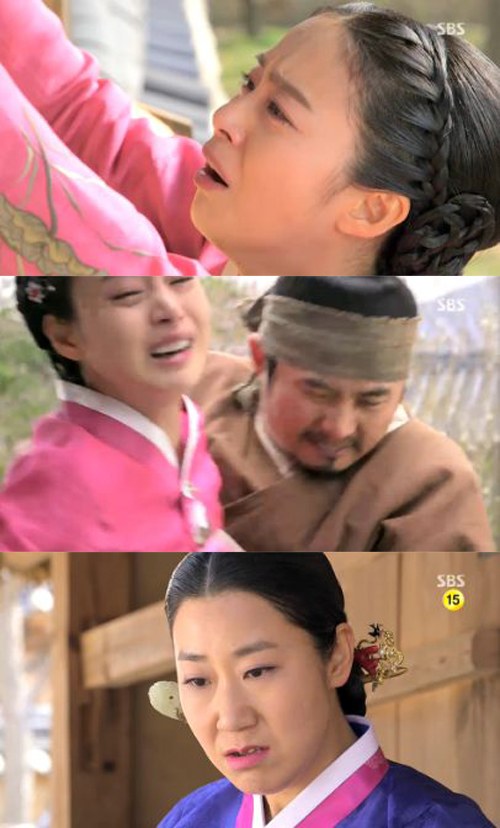 Kim Tae-hee cried at the sight of her mother getting beat.

Yoon accidentally caused a scratch on nobleman Jo Sa-seok's face. His wife was angry and punished her with a cane.

Jang Ok-jeong found out what was happening and wrapped her arms around her mother saying, "Beat me instead".

The wife was even more furious at her actions and ordered Yoon to be imprisoned and sent off as a slave. Ok-jeong held hands with her mother from the other side of the cage and said, "I will never let you be sent off as a slave".

"[Spoiler] "Jang Ok-jeong" Kim Tae-hee cries out loud"
by HanCinema is licensed under a Creative Commons Attribution-Share Alike 3.0 Unported License.
Based on a work from this source