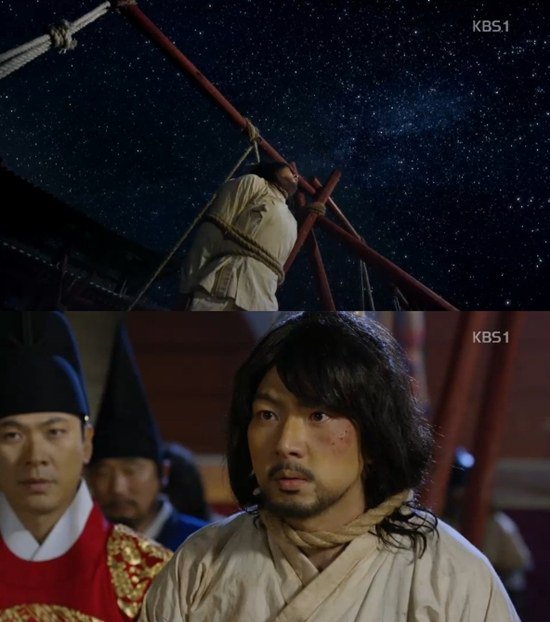 On the recent episode of the KBS 1TV drama "Jang Yeong-sil - Drama" on the 24th, Jang Yeong-sil (Song Il-gook) was almost killed for treason but was saved by Yoo Seong-woo.

Jang Yeong-sil was about to die. He prayed that the wind will blow and Yoo Seong-woo appeared from the clouds. Jang Yeong-sil's life was spared.

Jang Yeong-sil told Tae-jong (Kim Young-chul), "I just want to see the sky. I wanted to run to the Ming Dynasty, but all I had in my heart was pain and sorrow. Now it's all gone and the sorrow was because I am a slave. I might be alive, but I am still a slave. Now I've decided to ignore what I can't do anything about".

Tae-jong told him, "Make me an astronomical instrument and I'll get you a place to work at. Do it in secrecy". Jang Yeong-sil thought about the Prince (Kim Sang-kyung) and said, "That was the day I had a king". A month after Yoo Seong-woo was seen, the Prince was crowned King.

Jang Yeong-sil watched the stars even closer after having faced death. Se Jong ordered Jang Hee-je (Lee Ji-hoon) to watch the Beijing stars more closely and Jang Yeong-sil left with him to find out how the Ming Dynasty watches stars. 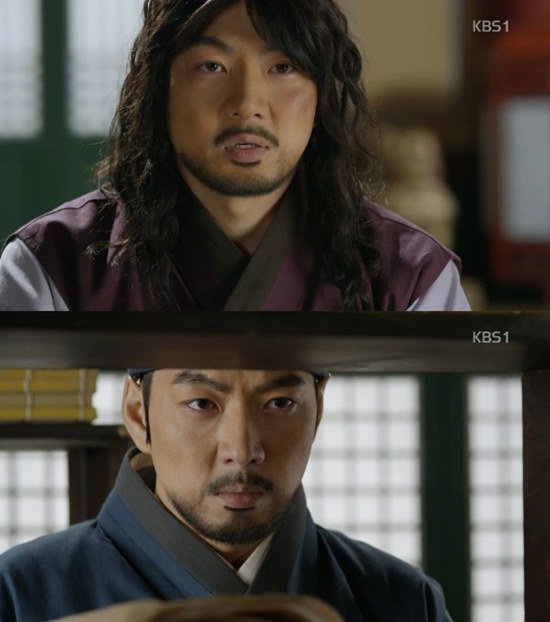 "[Spoiler] "Jang Yeong-sil - Drama" Song Il-gook to owe Yoo Seong-woo his life once again"
by HanCinema is licensed under a Creative Commons Attribution-Share Alike 3.0 Unported License.
Based on a work from this source