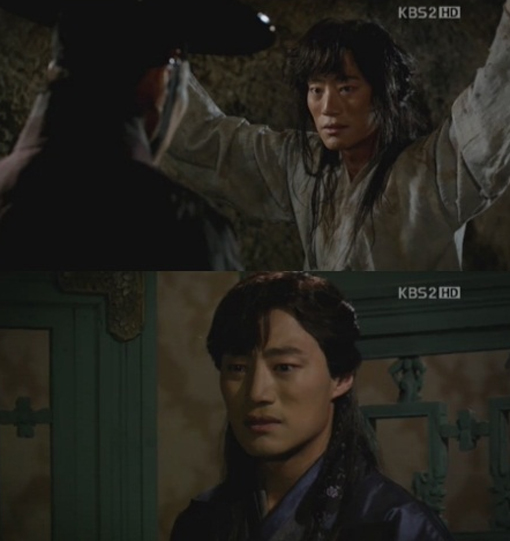 According to AGB Nielsen Media Research on the 22nd, KBS 2TV "Jeon Woochi - Drama" rated 13.2%. This is 1.7% lower than the previous episode.

I-chi (Cha Tae-hyun) was heading towards the prisons to save Bong-gu (Sung Dong-il) to chase after Kang-rim (Lee Hee-joon) but didn't see Kang-rim disguised as a patrol officer pass by.

I-chi found out that Bong-gu was conned by Kang-rim and only discovered him at the market.

Then I-chi went back to the prison where Bong-gu was held captive and missed Kang-rim disguised as an officer. He felt weird and turned around but didn't get that it was him.

"[Spoiler] "Jeon Woochi - Drama" falls but stays in first place"
by HanCinema is licensed under a Creative Commons Attribution-Share Alike 3.0 Unported License.
Based on a work from this source