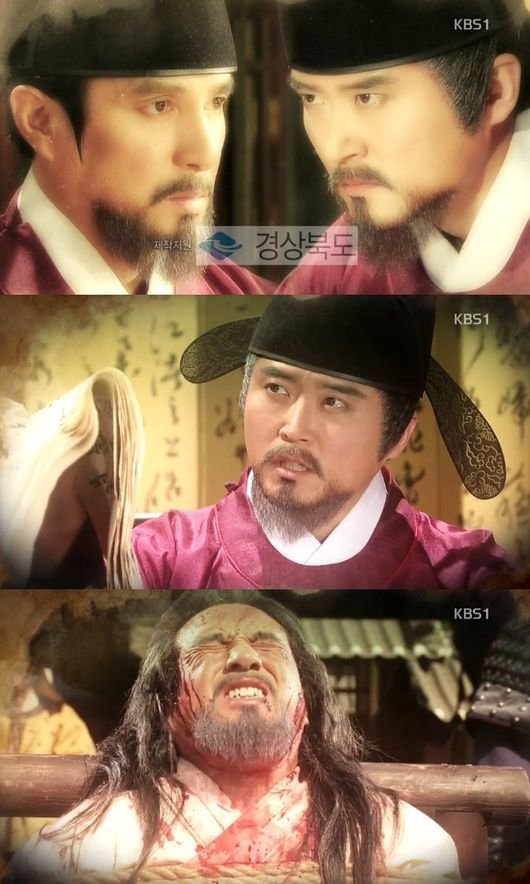 Cho Jae-hyun was tortured for treason.

Jeong Mong-joo closed in on Jeong Do-jeon and finally, in the preview of the thirty-seventh episode, he said, "If a parent is a slave, so is the child; therefore, you are a slave" and he dragged Jeong Do-jeon out.

"[Spoiler] "Jeong Do-jeon" Cho Jae-hyun is tortured as traitor"
by HanCinema is licensed under a Creative Commons Attribution-Share Alike 3.0 Unported License.
Based on a work from this source