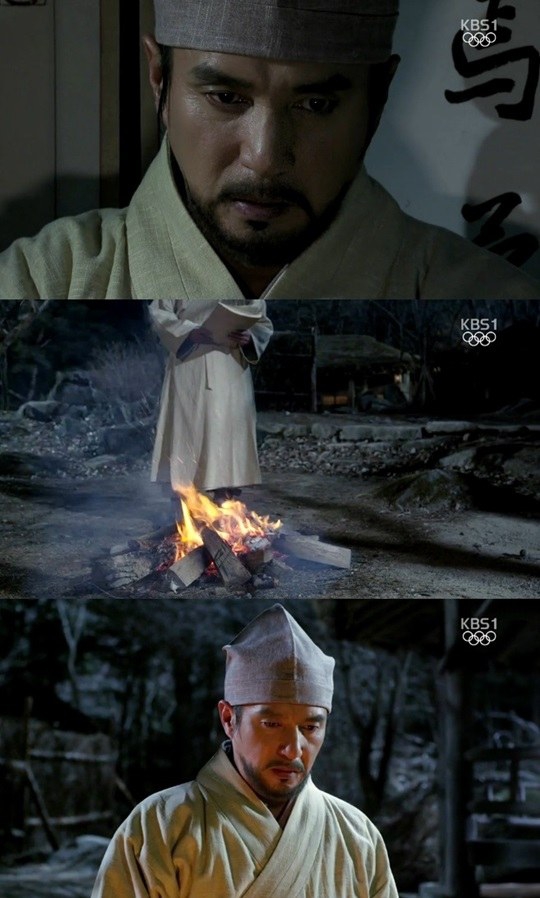 Cho Jae-hyun expressed his thoughts of having Yoo Dong-geun as king.

Jeong Mong-joo (Lim Ho) and other rising noblemen found him at his home. However, Jeong Do-jeon told his wife to tell them he wasn't there and didn't meet them. Choi (Lee Ah-hyun) worried about her husband saying, "You're behaving like this because the world doesn't go around like it should in the books.

Jeong Do-jeon was meditated in his room alone and thought, "A king who's not like a king should die and another king should be put in his place". He burned the books he'd been studying from and envisioned a dynamic revolution.

Jeong Do-jeon said, "I will kill Goryeo, this five hundred year-old monster. He found Lee Seong-gte (Yoo Dong-geun) and hinted the birth of a new king.

"[Spoiler] "Jeong Do-jeon" Jae Jae-hyeon hints establishment of Chosun"
by HanCinema is licensed under a Creative Commons Attribution-Share Alike 3.0 Unported License.
Based on a work from this source