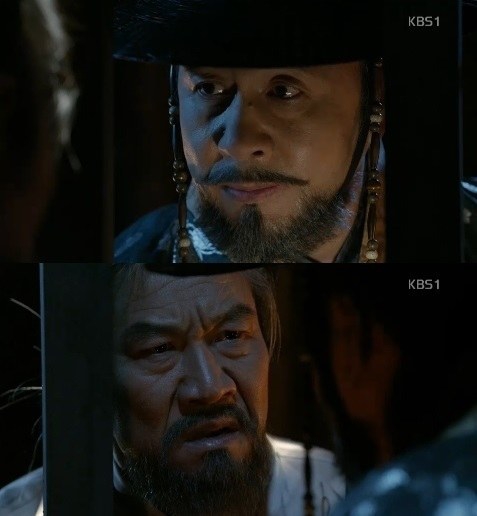 Park Young-gyu framed Kwon Tae-won of a crime and killed him.

Ahn Sa-gi was imprisoned for plotting the Ming Dynasty case. He didn't confess his crime although Jeong Mong-joo (Lim Ho) told him his punishment would become lighter if he did because he thought Lee In-im would come to his rescue.

Lee In-im went to see Ahn Sa-gi in prison and suggested him killing himself for the sake of the Koryo. Ahn Sa-gi was furious and decided to take revenge.

In the end, he was shot with an arrow by a killer sent by Lee In-him.

Netizens say, "He was fooled by someone he trusted", "He should have confessed", "Park Young-gyu kills him at last" and more.

"[Spoiler] "Jeong Do-jeon" Kwon Tae-won killed "
by HanCinema is licensed under a Creative Commons Attribution-Share Alike 3.0 Unported License.
Based on a work from this source