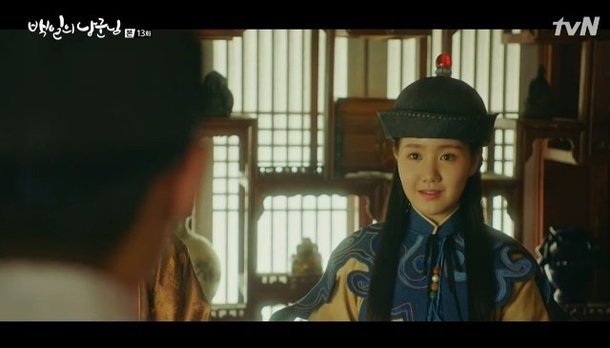 Jin Ji-hee made a special appearance on the tvN drama "100 Days My Prince" as a cross-dressing woman.

Prince Yool (Do Kyung-soo) had to prove his worth as a prince because he had come back from the dead and he needed to convince the ambassador who arrived at the Joseon with his son Jin Rin (Jin Ji-hee). Jin Rin wanted to look around, but then disappeared and put Yool in danger.

Yool had to find her so Jeong Je-yoon (Kim Seon-ho) and Hong-sim (Nam Ji-hyun) went looking for him. They heard a woman had been kidnapped nearby and went into a clothing store. They found out Jin Rin wasn't a man, but a woman, and saved her.

Jin Rin heard that her lover was sick and joined her father dressed as a man to get there. Yool and Hong-sim saw how much in love she was and were reminded of themselves. 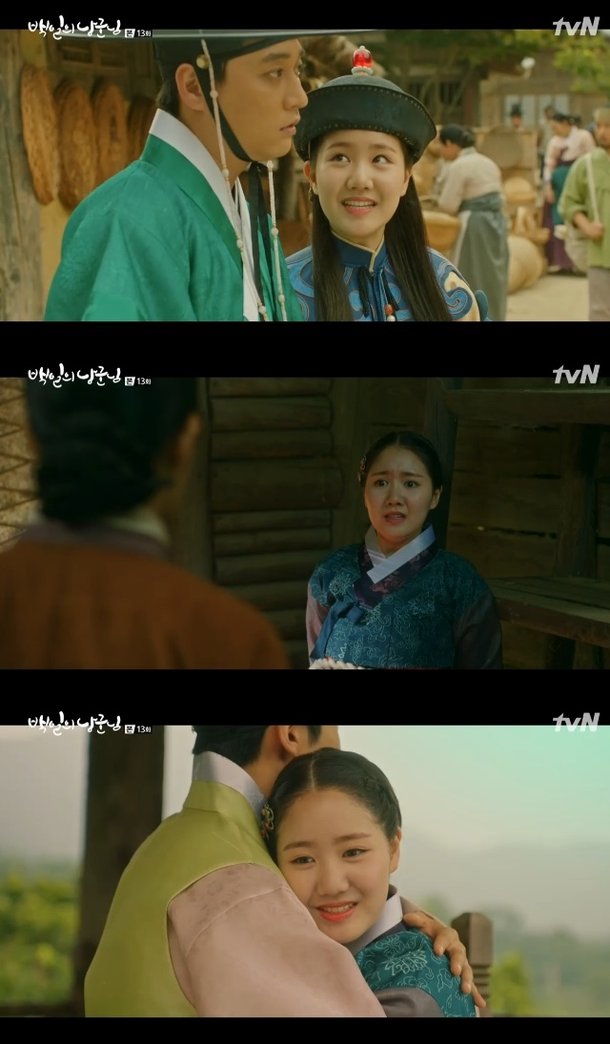 "[Spoiler] Jin Ji-hee Makes Special Appearance in "100 Days My Prince""
by HanCinema is licensed under a Creative Commons Attribution-Share Alike 3.0 Unported License.
Based on a work from this source