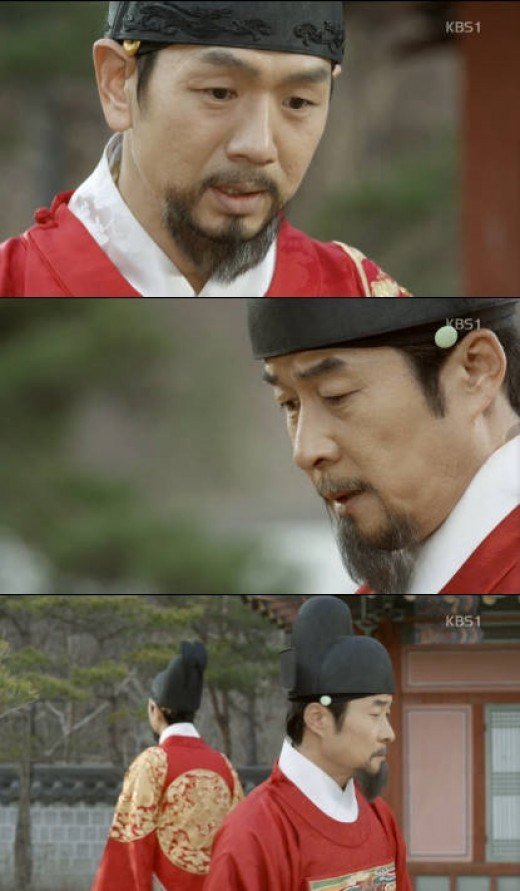 Ryu Seong-ryong (Kim Sang-joong) warned that preparations for war must be made but Seon Jo (Kim Tae-woo) didn't listen and was defeated by foreign attacks.

Seon Jo was shocked to hear that the attack was eventually war. He fainted but when he woke up he blamed the war on Kim Seong-il's miscommunication and demanded for his capture.

However, Seon Jo came around and said, "Everything is my fault. I should have listened to him". Ryu Seong-ryong had warned that war was on the way but Seon Jo was sure it wouldn't happen.

Ryu Seong-ryong knelt in front of Seon Jo and comforted him.

"[Spoiler] "Jing Bi-rok" Kim Sang-joong kneels in front of Kim Tae-woo"
by HanCinema is licensed under a Creative Commons Attribution-Share Alike 3.0 Unported License.
Based on a work from this source