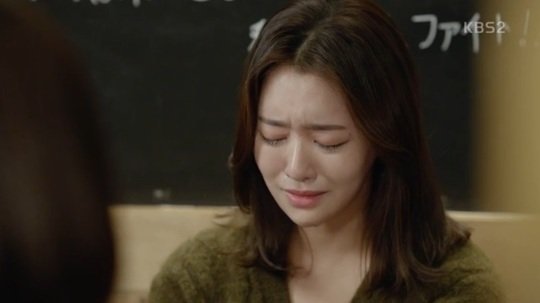 Previously, Bona had been jealous of Ja Yoon who was in a better place and was responsible for delivering cell phone pictures that proved Ja Yoon and Nam Chi-won (Choi Daniel) were dating to her boss Jo Jun-moo (In Gyo-jin). He used the pictures to reveal that Ja Yoon and Chi-won were living together and had them cornered.

Bona had said to Ja Yoon, "You were just lucky to have met a boss like Chi-won and you are lucky enough to just be worried about yourself, but not me". She tried to reason with herself. However, Bona ran into Ja Yoon at the shoe repair shop.

Ja Yoon had been taking care of Bona's father secretly and she said, "I ignored your father like you ignored my love life. I didn't like you because you were better than me in everything, but I couldn't hate you because your father said he's never slept for more than 4 hours".

Bona said, "You can hate me" but Ja Yoon replied, "You're a great assistant and a great friend". This made Bona burst out crying and she regretted betraying Ja Yoon.

"[Spoiler] "Jugglers" Cha Joo-young Regrets Betraying Baek Jin-hee"
by HanCinema is licensed under a Creative Commons Attribution-Share Alike 3.0 Unported License.
Based on a work from this source