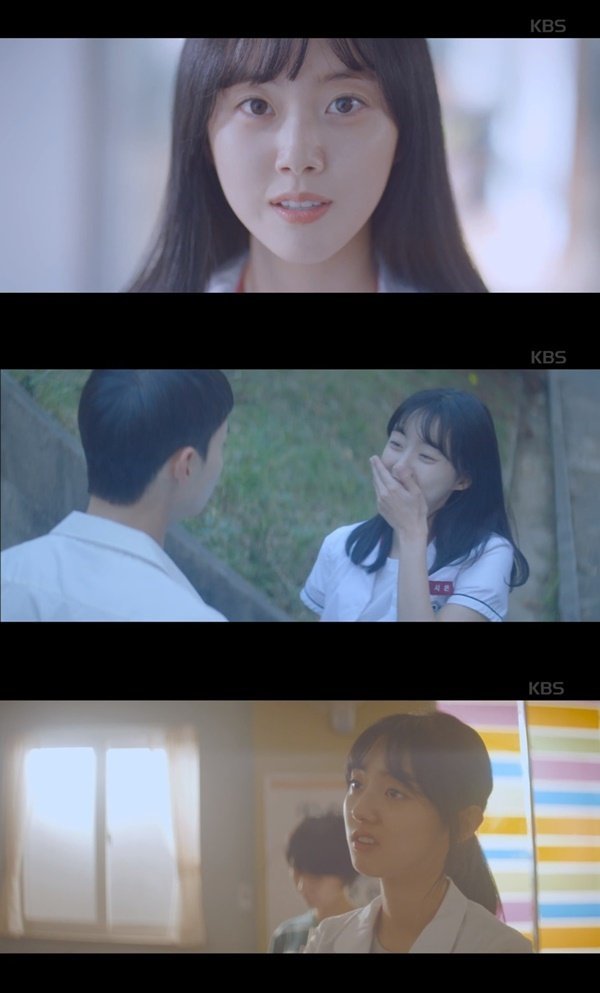 Actress Park Se-wan takes on the role of Kim Si-eun in the new KBS 2TV drama "Just Dance", a growth drama about a group of girls who take on the challenge to enter a dance sport (competitive ballroom dancing) competition with the help of their teacher.

Kim Si-eun struggled to leave Geoje Island. She planned to sneak out to Seoul without the knowledge of her mother Park Mi-yeong (Kim Sun-young), but failed. Park Se-wan was the perfect teenager who bickers with her mother. She says nasty things to her mother but also makes up with her after.

In the end, she managed to get on the bus to Seoul despite her mother's opposition. She is also excellent at manipulating her childhood friend Kwon Seung-chan (Jang Dong-yoon).

Park Se-wan completely became Kim Si-eun from the beginning. Park Se-wan is from Busan and she is able to speak the dialect with more reality.

It is expected for Kim Si-eun to make it to the dance group and participate in dance sports. Before she started filming, Park Se-wan took classes and practiced up to 8 hours a day. She claimed she cried when she couldn't do it at first during the premiere of the drama.

"[Spoiler] "Just Dance" Starts of Strong"
by HanCinema is licensed under a Creative Commons Attribution-Share Alike 3.0 Unported License.
Based on a work from this source