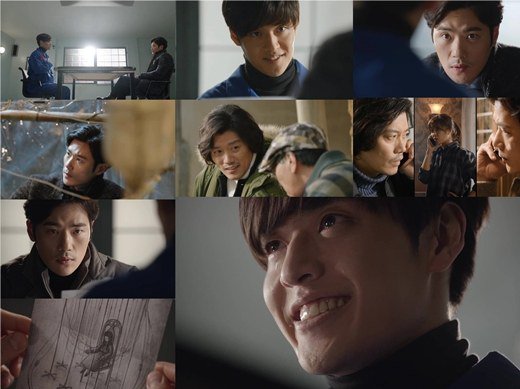 "Missing Noir M" started off with a proper mental battle.

The first episode of OCN "Missing Noir M" started off with the excellent performance of the cast.

The story started off with Lee Jeong-soo sending Gil Soo-hyeon a mysterious picture of a person laying in bed stuck with many fluid needles. A missing person was found in the same position as the picture but died. Lee Jeong-soo claimed he won't confess unless it was to Gil Soo-hyeon and that's how they met.

Lee Jeong-soo told Gil Soo-hyeon, "If you find out who I am going to kill, then I'll tell you where he is". He suggested a dangerous game consisting of 7 puzzle sentences.

The first missing person on Lee Jeong-soo's list was found but barely and died. The second person was also found dead. Lee Jeong-soo didn't stop and threw out a number '24608741', telling Gil Soo-hyeon to find the person relating to the number in 24 hours.

However, Kang Soon-yeong (Ko Bo-kyeol) was already dead 15 years ago. While everyone Lee Jeong-soo ordered to find was found dead, a picture of them from 15 years ago was found and questions about their death increased.

Gil Soo-hyeon decided it was no use looking further into the case as the people in the picture were dead. He went to Lee Jeong-soo to tell him he wasn't playing the game anymore. However, Lee Jeong-soo handed him a picture of a child and said his brother was alive and that he had to find him.

The suspension in not knowing if the missing persons are alive or not kept the story intense and the battle between Lee Jeong-soo and Gil Soo-hyeon had viewers on the edge of their seats.

Meanwhile, "Missing Noir M" can be seen every Saturday at 11PM.

"[Spoiler] Kim Kang-woo and Park Hee-soon's "Missing Noir M""
by HanCinema is licensed under a Creative Commons Attribution-Share Alike 3.0 Unported License.
Based on a work from this source