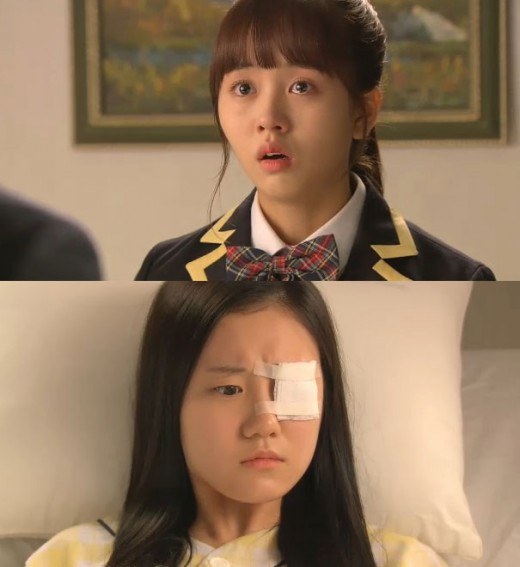 On the first episode of the SBS drama "I Hear Your Voice", Jang Hye-seong (Lee Bo-young) explained the reason why she quit school and resulted in an ill fated relationship with Do-yeon (Lee Da-hee).

Jang Hye-seong went to interview for a public defender job and told the interviewer why she quit school. 10 years ago, she'd witnessed Do-yeon, the daughter of the family her mother worked as a maid for, cheat during exams. Do-yeon had gotten first place out of the whole school and had a party at her house to celebrate but hurt her eye while playing with fireworks.

It was the fault of another friend and not Hye-seong's but Do-yeon was ashamed that she'd witnessed her cheat and pointed her out as the culprit. Do-yeon's father, a judge, told Hye-seong (Kim So-hyun) if she didn't apologize to Do-yeon she would be expelled. Hye-seong chose to be expelled. This is how the ill fate between Do-yeon and Hye-seong started.

Meanwhile, Hye-seong and Do-yeon witnessed a murder scene together.

"[Spoiler] Kim So-hyun framed and expelled from school"
by HanCinema is licensed under a Creative Commons Attribution-Share Alike 3.0 Unported License.
Based on a work from this source