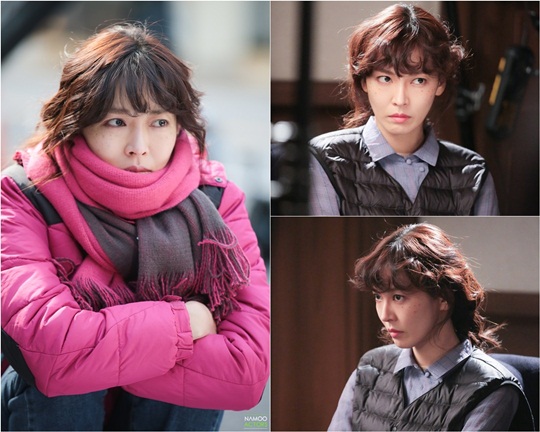 Actress Kim So-yeon went for a dramatic transformation to make the one-time special appearance in the upcoming drama, "One More Happy Ending".

Kim So-yeon's special appearance in the first episode of "One More Happy Ending" was thanks to the suggestion from Jung Kyung-ho, who co-starred in JTBC's 'Falling For Innocence' with her. "One More Happy Ending" is drawing attention because Kwak Si-yang, Kim So-yeon's co-star, her pretend husband in the celebrity reality show, 'We Got Married' will also guest-appear along with her in the drama.

Kim So-yeon's role, Seong-yoon is someone who receives consulting from Han Mi-mo (Jang Nara). She appears in the beginning part of the first episode, which explains Mi-mo's career. She is anticipated to show off her strong screen presence, from her gorgeous visual to her talented acting skills.

"[Spoiler] Kim So-yeon to make a special appearance in 'One More Happy Ending' "
by HanCinema is licensed under a Creative Commons Attribution-Share Alike 3.0 Unported License.
Based on a work from this source